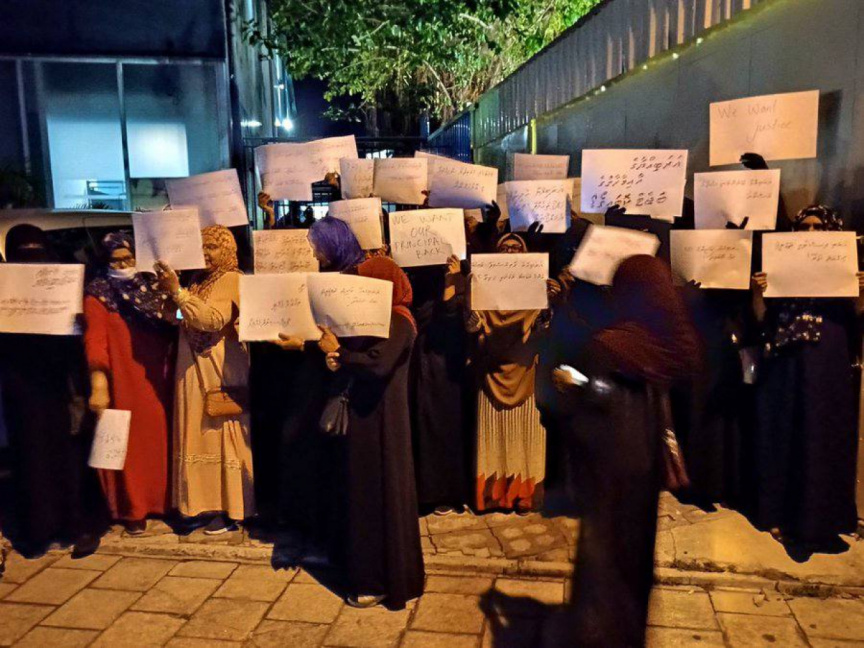 The parents protested in front of the temporary building in which Arabiyya School is presented run at. Speaking to Sun regarding the protest, a senior official from the school’s PTA said that they are unable to accept Hussain Saeed as Arabiyya’s principal.

“That is because our school is run under a separate system. That is why the new principal cannot be accepted,” the official had said.

The senior official said that Hussain Saeed’s presently in charge of running two schools – expressing disbelief that Arabiyaa School can be overseen properly whilst simultaneously overseeing a large school such as Iskandar.

“Arabiyya students are presently studying without a laboratory, at a temporary building. Such matters should be facilitated right,” the official had said.

A tweet by an account under the name ‘Arabiyya Family’ read that Shujau was dismissed from the post, claiming he had not countered ‘Save Arabiyya’ campaign initiated by the parents of Arabiyya School.

Speaking regarding the matter, Education Ministry’s Permanent Secretary Ahmed Ali told Sun the change was part of a strategic plan by the Education Ministry to improve the administrative operations of Arabiyya School.

“In consideration of the circumstances at a time, the Ministry has always made such changes in atolls and within Male’, to improve the operations of schools,” he added.

Ahmed Ali also stated that the Education Ministry was unaware of the campaign by the parents of Arabiyya School, ‘Save Arabiyya’.

“We will not consider such a thing when making a change to improve the administrative operations of a school right,” he added.

Ahmed Ali said that Arabiyya’s exiting principal Mohamed Shujau Abdul Raheem will now be working under a department of Education Ministry. However, he did not specify which department.