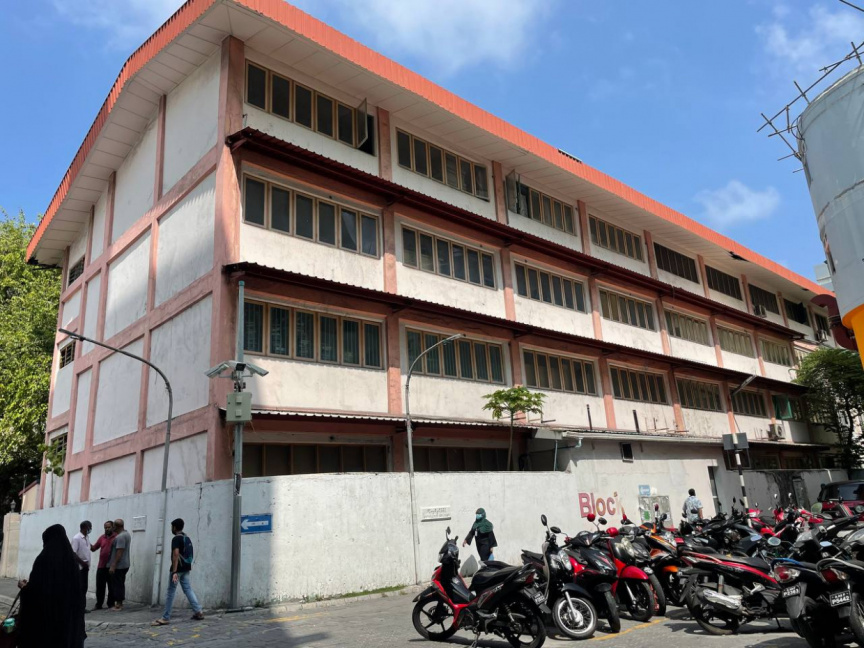 Education Ministry announced their decision to temporarily transfer Arabiyya School students to Izzudheen School amidst concerns from parents over the large cracks in the building which they claim to pose dangers to students on last Thursday.

With parents opposed to the decision – Education Minister Dr. Aishath Ali, on Sunday, stated that the Ministry was seeking land from Male’ City to construct a new building to relocate Arabiyya School.

On this note, Arabiyya School PTA’s Vice President Aishath Shadhiya told Sun that President Solih has informed them of the administration’s decision to allocate the old Jamaluddhin land plot for this purpose.

Shadhiya also said that President Solih was briefed on the concerns of parents regarding transferring their children to Izzudheen School.

She further noted that the government is currently holding discussions on finding a temporary solution for Arabiyya School students till the new building at the old Jamaluddin land plot is finished.

Shadhiya said that the President gave full assurance that a solution would be found before the academic year commences next year, and that no decision will be taken in manner which adversely impacts the studies of students.

Arabiyya School was built in 2011 and opened in 2013. While the building isn’t old, large cracks have formed in the walls, prompting questions over the structural integrity of the building and fear over the safety of students.

Arabiyya School building will need to be demolished