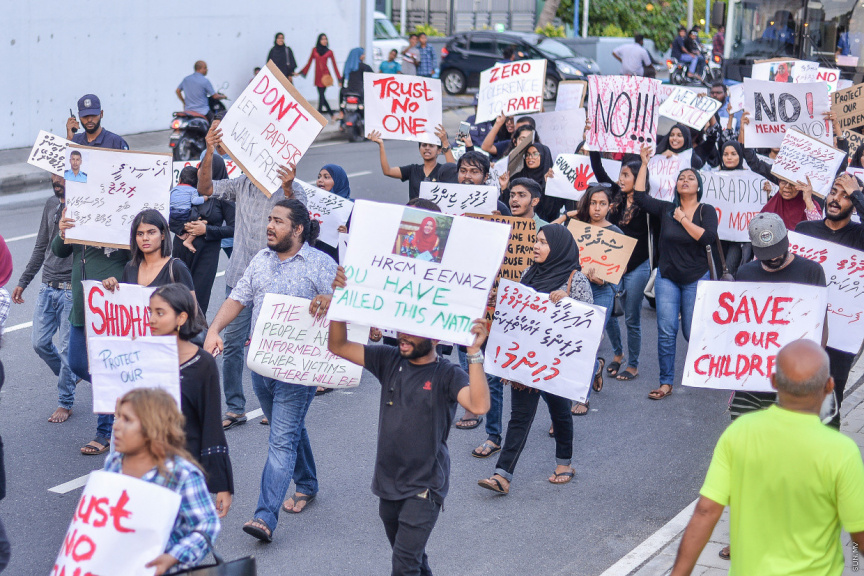 A local teacher working at Ghaazee School in Hulhumale was attacked by a mob on Tuesday night over allegations of sexually abusing a student.

The man was attacked near phase two apartments in Hulhumale’, and a video of people attacking him have been circulating on social media.

The male teacher involved in the incident allegedly abused a male student in grade four.

In the video, a person was heard yelling that he must have abused all the students in grade four. To this, the teacher is heard responding no and adding that he had only abused one student.

Based on the conversation heard from the video, the teacher had initiated giving tuition to students in grade four. On the second day of tuition, he had allegedly shown explicit videos to the students.

Moreover, in the video, the crowd was seen beating him up, and he was seen crying due to it.

Addressing the issue, a media official from Maldives Police Service said that the authority received reports of a man being attacked at 22:00 hrs. They also added that sexual abuse allegations against the 29-year-old who was attacked were currently under investigation.

The media official revealed that the case was reported on August 15.

It seems as if the people attacked the man after no action was taken by authorities since reporting.

Police had on previous occasions also advised against the public taking the law into their own hands.

Meanwhile, the Ministry of Education said that they received reports of this case on August 17. The teacher was suspended on the day itself, and the case was reported to Police as well, added the ministry.

92 cases of violence against children reported in Sep.

100 cases of violence against children in August