Many MDP members in Kudafari signs to MDA 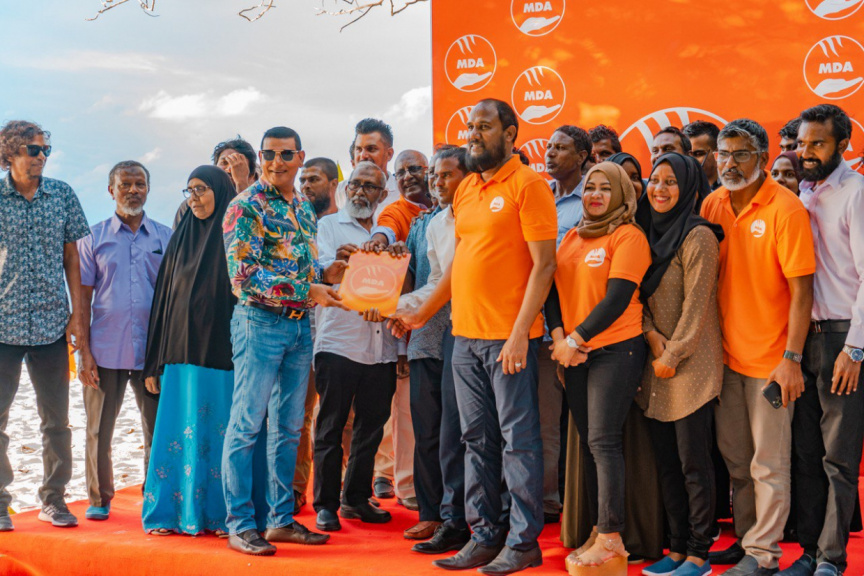 Kudafari Council President Ali Shameem told Sun on Monday that 50 MDP members had signed to MDA yesterday. He detailed that they include an individual who has previously served as the president of Kudafari Council, former island chiefs and supporters of MDP since the party’s inception.

“Even a number of people who were previously seen leading different MDP activities did also sign yesterday,” he added.

Shameem said that although their signing to MDA was sudden, their political views had changed a long time ago. He also noted that efforts were underway for additional Kudafari residents to sign for MDA.

He also noted that a large number of Kudafari residents were signing to MDA because the party’s President Ahmed Siyam Mohamed is a native resident of the island.

“Siyam is from Kudafari. Whilst he is from this island, he has expressed his intention to compete in elections. Therewith, supporting this decision and cooperating is also one of the reasons,” he explained.

Shameem detailed that another reason many Kudafari residents withdrew support to MDP is the government coalition’s failure to fulfill pledges made to the people.

The forms of the 50 MDP members that signed to MDA yesterday were presented to Siyam at a special ceremony.

MDA, on Sunday, stated that its goal is to secure 25,000 members for the party before the end of the year.

Hospital beds provided to the bed-ridden at Kudafari