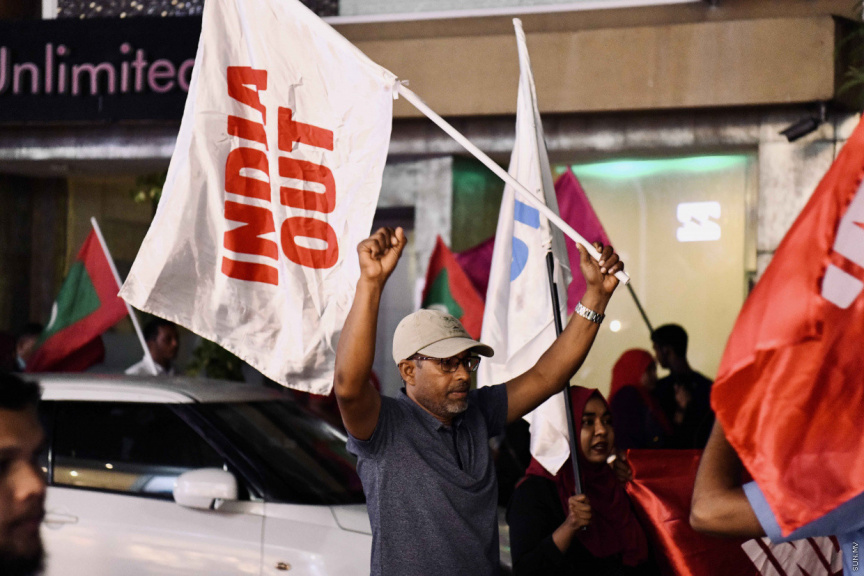 The Parliament on Monday approved amending the laws to criminalize acts that damage Maldives’ diplomatic interests, including the ‘India Out’ campaign.

During the vote taken in the session, it was passed with 32 members voting in favour of it.

Moreover, Speaker of Parliament and former President Mohamed Nasheed had submitted the case to the 214 Committee for investigation as the campaign poses a threat to national security.

After investigation, the committee made two proposals, which were for all relevant state bodies to work towards ending the campaign and to submit any legal amendments needed to proceed with this.

The report noted that Home Ministry had highlighted that the campaign would negatively impact Maldivians visiting India for medical and other purposes, as well as those residing in the country.

Moreover, it referred to the comments from Police that they face incorporation from those participating in the campaign activities.

Meanwhile, the Defence Ministry stated that the ‘India Out’ campaign impacts the internal peace of the country as well as hinders the relationships Maldivives has with other neighbouring countries.

The ‘India Out’ movement is a political campaign led by the opposition to protest against the Indian military presence in Maldives.

President Ibrahim Mohamed Solih issued a decree banning the ‘India Out’ movement on April 21, deeming it a threat to national security. He stated that it was a deliberate attempt to hinder the longstanding relations between Maldives and India, and international efforts to maintain security in the region, and that incitement to hatred against a specific country put Maldives at risk of loss of peace and stability, huge economic and social burden, and isolation in the international arena.

PPM has filed a lawsuit over the decree, calling the move an infringement on the right to freedom of expression.