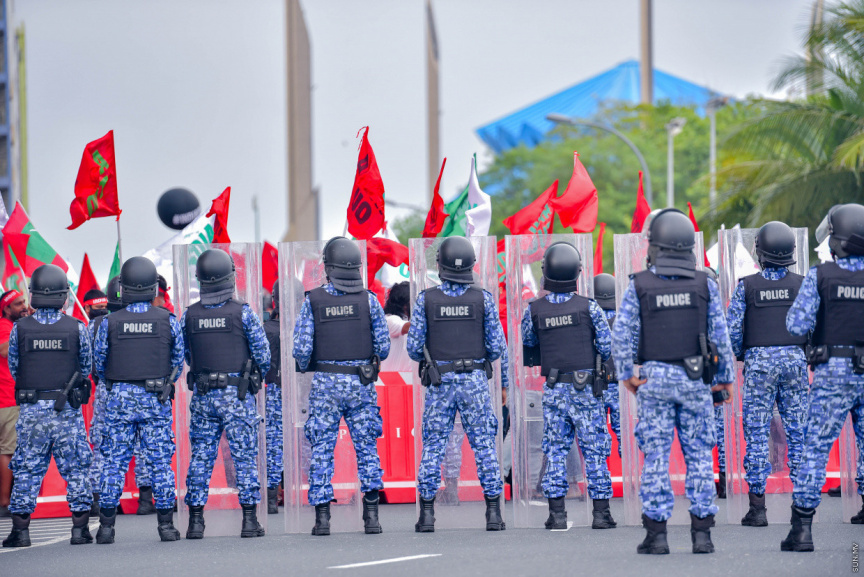 Amnesty International, on Friday, has expressed concern over the decree issued by President Ibrahim Mohamed Solih banning the ‘India Out’ campaign – after deeming it a threat to national security.

The global movement campaigning against abuses of human rights, via a tweet, expressed concern after having received reports and visuals of crackdown on peaceful protestors and journalists in the Maldives.

“We are deeply concerned by reports and visuals of crackdown on peaceful protestors and journalists in the Maldives and a recent decree restricting the right to protest in the country in the pretext of containing threats to national security posed by the "India Out" campaign,” the tweet read.

They called on Maldivian authorities to ensure that any restriction on the right to peaceful protest and freedom of expression is proportionate, necessary, and provided by law.

Condemning excessive force against protestors – Amnesty International also urged a prompt and impartial investigation of it.

‘India Out’ campaign by the opposition coalition comprising of Progressive Party of Maldives (PPM) and People’s National Congress (PNC) calls for the removal of Indian military personnel stationed in the Maldives.

President Solih issued a decree banning the ‘India Out’ campaign on April 24, deeming it a threat to national security.

Spelling altered ‘India Out’ banners placed on later, which read ‘In Dear Out’ were also removed.

Afterwards, supporters of the campaign had begun grafitting indirect messages related to ‘India Out’ outside homes, building and walls. These were painted over by the Police.

Posters with 'India Out' messages had also been littered on roads.

Opposition coalition has stressed that the campaign can only be stopped once Indian military personnel have been removed from Maldivian soil.