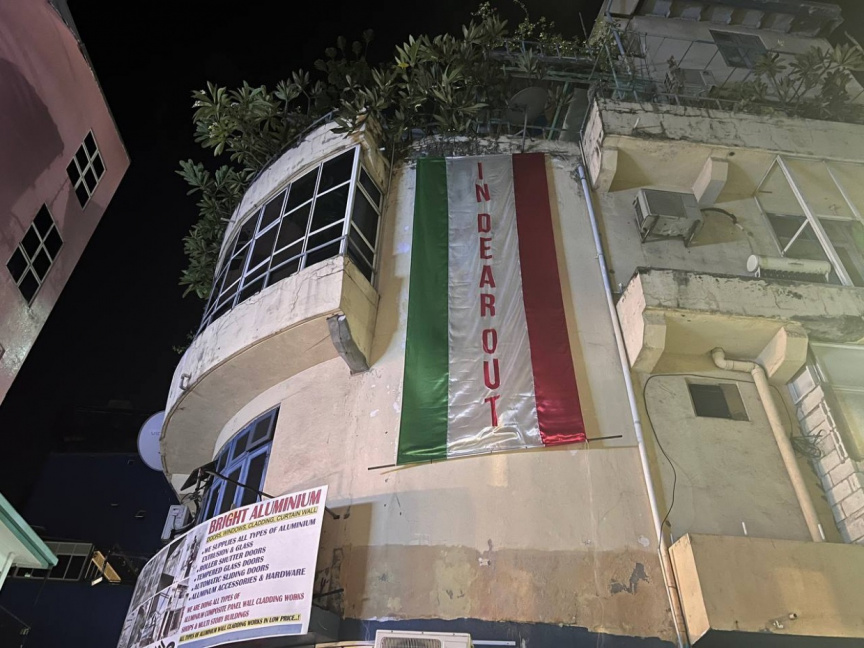 Spelling altered 'India Out' banner, 'In Dear Out', hung at a building in Male' City.

Progressive Party of Maldives (PPM) reported that the banner was removed around dawn.

As part of the campaign being carried out against presence of Indian military personnel in the Maldives, huge banners with ‘India Out’ written in bold letters were hung at former President Abdulla Yameen Abdul Gayyoom’s house, H. Dhoovehi, and PPM headquarters, located in H. Hurafa. They were both forcibly removed by Police on Thursday, after entering the buildings with court orders.

Opposition coalition had deemed the decree to be unlawful and has revealed plans to challenge it in court.