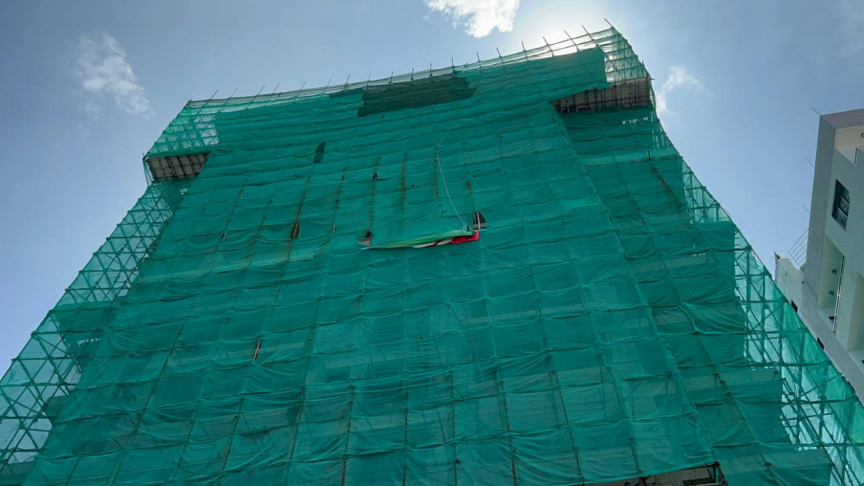 Police have removed the large ‘India Out’ banners hanging from the Progressive Party of Maldives (PPM) headquarters in Male’ City and the residence of the opposition leader, former president Abdulla Yameen Abdul Gayoom.

The forced removal of the banners on Thursday morning come a day after police instructed the removal of all ‘India Out’ banners hanging from buildings in Male’ City.

PPM spokesperson Heena Waleed told Sun the police removed the banner outside PPM headquarters, located in H. Hurafa, after entering the building with a court order.

However, it took approximately three hours for the police to remove the banner.

The ‘India Out’ campaign is led by the opposition to protest against Indian military presence in Maldives.

The National Security Council has declared the ‘India Out’ campaign and other such campaigns that incite hatred towards specific countries a threat to national security.

'People won't favor a parliamentary system in a vote'

'No issue with Siyam, will form coalition if necessary'