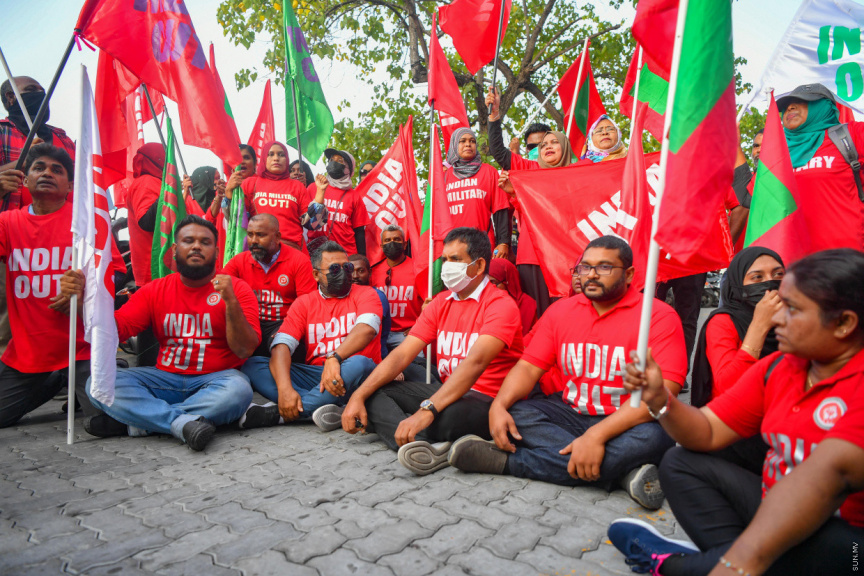 Guraidhoo MP Ghassan Maumoon and Maavah MP Mohamed Saeed has been summoned to the Police regarding ‘Neyva Holhiah’ mass rally held by the opposition coalition at Male’ City as part of their ‘India Out’ campaign.

‘Neyva Holhiah’ mass rally at Male’ City as part of the ‘India Out’ campaign was held on March 25 despite warnings by the police against holding it.

When the rally had commenced – Police had impeded it, obstructing the participants. A number of civilians and politicians taking part in the rally were arrested.

Ghassan and Saeed were amongst those who had been arrested. Later on, they were granted conditional release. The conditions included complying with the instructions of Police and cooperation when summoned to the authority.

'Must stop breakage of concrete slabs at Hiyaa Flats'