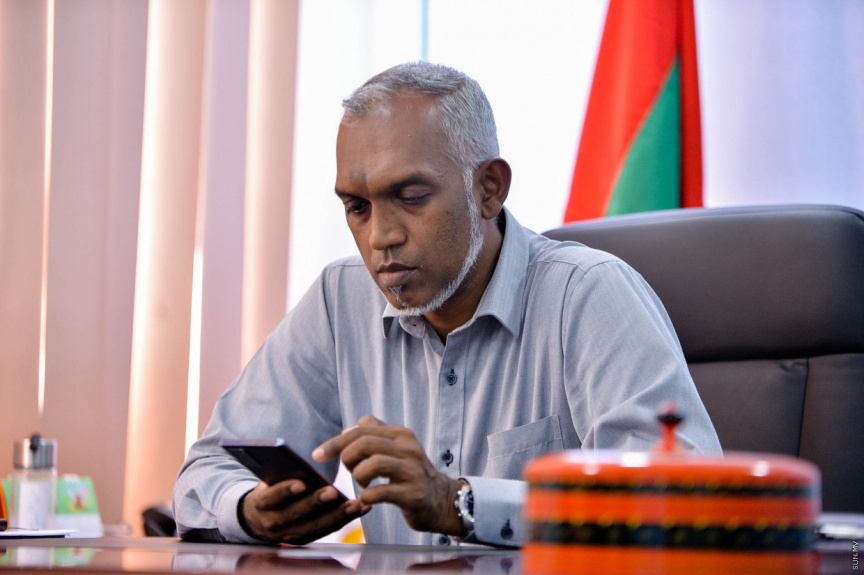 In a tweet that contained a video clip, Mayor Muizzu said that breakage of concrete slabs laid at Hiyaa Flats must be stopped for the safety of everyone.

The tweet, which had Housing Development Corporation (HDC) tagged, urged the government to address the issue as soon as possible.

The video shared by Mayor Muizzu shows two migrant workers carrying out some work at a Hiyaa Flat after breaking a concrete slab.

HDC has publicized regulations on how finishing works must be carried out at Hiyaa Flats. As per the regulation, tenants must seek HDC’s approval before carrying out any interior work. It also states that alteration to the concrete structure of the building is banned.

Hiyaa Housing Project consists of 16 towers comprising of 6,720 housing units which, at full population, will be catering to around 40,000 people, as per HDC. Ground floor at all towers is dedicated for commercial and institutional uses to cater to the needs of the tenants.

Tenants of the Hiyaa units were granted a seven-month rent moratorium to complete finishing work on their units. The moratorium period expired in April.

Hiyaa tenants are required to make monthly payments of MVR 8,500. It includes MVR 7,500 for rent and an additional MVR 1,000 for maintenance.

HDC will not be enforcing fines until the end of this month for further easements.