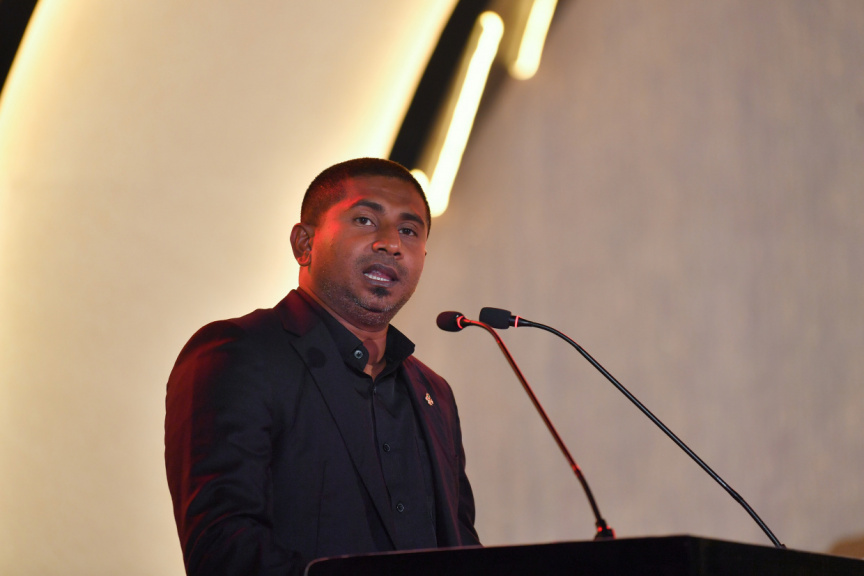 The High Court on Monday reversed the Criminal Court order to dismiss the bribery case against Minister of Youth Ahmed Mahloof.

Although the Criminal Court dismissed the case citing that the prosecution has not submitted substantial evidence to prove charges, High Court stated that the decision was made wrongfully.

Furthermore, the court noted that when the case was reviewed, it was found that pieces of evidence submitted by the state were not referred to in the Criminal Court's verdict.

After the Criminal Court dismissed that case, the verdict was appealed by the Prosecutor General's Office at High Court and was accepted later on March 10.

In 2021, the PG Office charged Mahloof with taking a bribe, based on the findings of an investigation by the Anti-Corruption Commission (ACC) into the Maldives Marketing and Public Relations Corporation (MMPRC) graft scandal.

Additionally, ACC’s findings stated that the cheque was deposited to Mahloof’s bank account by SOF Private Limited – the company accused of laundering the stolen funds. The corruption watchdog said that though Mahloof submitted a ‘Payment Received’ slip in the name of SOF as evidence it had been a legitimate business transaction to procure US dollars, the commission had witnesses and other evidence to prove otherwise.

Minister Mahloof pled guilty and had maintained his innocence throughout the process. He described that case against him as a political conspiracy to remove him from office.

Due to the case, Mahloof was suspended back in 2019, when ACC’s report on the MMPRC scandal was first publicized. However, he was cleared two months later, following an investigation by the President’s Office.

He was placed under suspension again in June 2021, after the ACC requested corruption charges against him with the Prosecutor General’s Office.  However, the President's Office lifted the suspension in October.