Minister Mahloof returns after months-long suspension to a warm reception 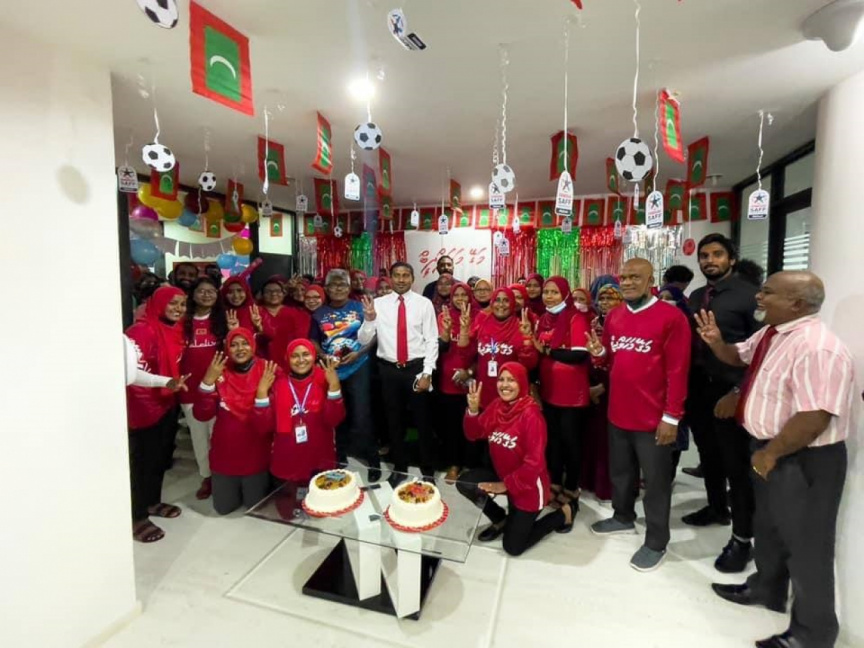 Sports Minister Ahmed Mahloof (C) is greeted upon return to work after a months-long suspension on October 10, 2021.

Sports Minister Ahmed Mahloof – implicated in the MMPRC graft scandal – returned to work after a months-long suspension to a warm reception on Sunday - after authorities deemed the evidence against him to be insufficient to press criminal charges.

His return to work comes as Maldives hosts the SAFF Championship – the biggest football tournament in the SAARC region.

Ministry employees stood in a line in the hallway wearing red jerseys to show their support for the Maldivian national football team as Mahloof entered the office on Sunday morning, and greeted him with applause.

Mahloof was placed under suspension in June after the Anti-Corruption Commission (ACC) requested corruption charges against him with the Prosecutor General’s Office.

Mahloof had also been suspended back in 2019, after ACC’s report on the MMPRC scandal was publicized. However, he was cleared two months later, following an investigation by the President’s Office.