President: Have received Mahloof’s letter expressing concerns over his investigation, looking into it 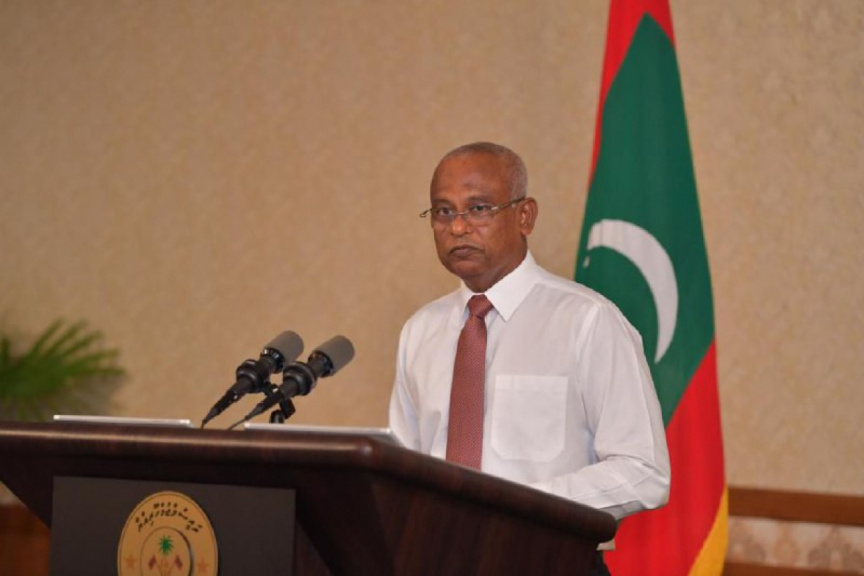 President Ibrahim Mohamed Solih has stated that he received a letter from Youth Minister Ahmed Mahloof expressing his concerns over the investigation against him in connection to the Maldives Marketing and Public Relations (MMPRC) money laundering scandal – and that the President is looking into the matter through Foreign Ministry.

He had said this while speaking at a press conference held yesterday at the President’s Office.

President Solih further detailed that Mahloof’s main concern was regarding the statement from a state witness, a Sri Lankan national, was extracted illegally - pointing fingers at the Maldivian High Commissioner to Sri Lanka

President Solih also added that he would look into the matter – and inform his opinion including any concerns regarding how the investigation had been carried out to the asset recovery commission.

“Mahloof has sent a letter to me regarding the case. He has raised a lot of concerns over the investigation. I am looking into how the events transpired through the Foreign Ministry. Afterwards, I will inform my view, including any concerns regarding how the investigation had been carried out to the asset recovery commission,” he had said.

President Solih further added that the best solution for this case is for Prosecutor General’s Office (PGO) to conclude their investigations and subsequently either close the case and send it to court – adding that he believes any decision made by PGO will be just and fair.

Mahloof has also previously shared his concerns over the investigation to the public, alleging that PGO is handling his case differently than other MMPRC cases – adding that even though Prosecutor General Hussain Shameem told the press it takes his office an average of six days to file charges, his case has been with the PGO for over 60 days.

Mahloof also said that it is evidence of the involvement of a group of politicians in the case and that he refuses to play into their hands by voluntarily resign from his post.

He also stated that there are issues with how the authorities obtained evidence in the case, alleging that the statement from a state witness, a Sri Lankan national, was extracted illegally.

Mahloof said that in his case, the Maldivian High Commissioner to Sri Lanka called the Sri Lankan national in question, and was also present during the Zoom session to take his statement.

He said it begs the question of influence.

Anti-Corruption Commission requested the PGO for charges against Mahloof in connection to the Maldives Marketing and Public Relations Corporation (MMPRC) case on June 9.

ACC said Mahloof arrived at the Parliament on August 27, 2014, after traveling from Malaysia, for the sole purpose of voting for the SEZ Bill.

However, Mahloof said the PGO does not have any evidence to make the charges stick in court.