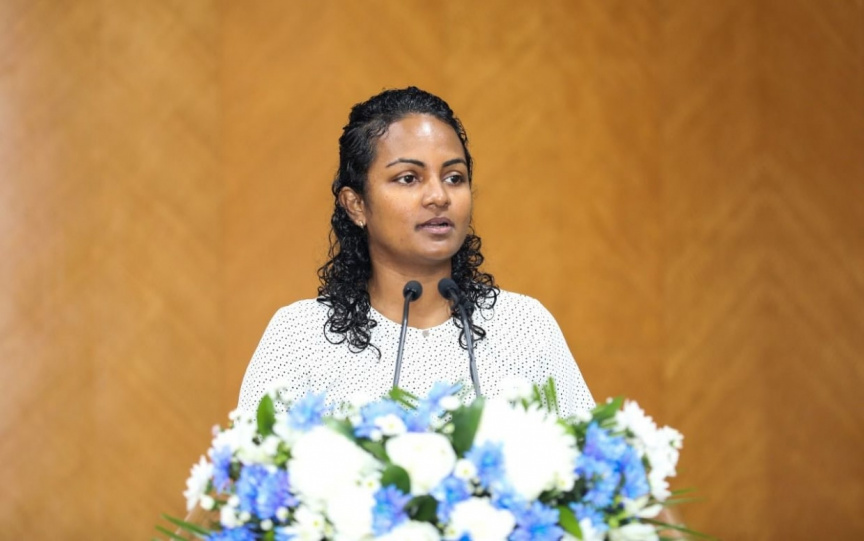 Environment Minister Aminath Shauna states that achieving net zero emissions by 2030 is one of the Maldivian government’s top targets, and that State Electric Company (STELCO)’s support is crucial to achieving the target.

She made the comment at the inauguration of STELCO’s Powerhouse Managers Program 2022 on Sunday.

Shauna said that as Maldives develops at a rapid pace, STELCO must become a company that generates renewable energy.

She said that STELCO had the capability, talent and technical expertise to become a company that provides renewable energy services.

She said that the government was ready to provide the investments necessary to achieve the net zero target.

Shauna said that the government would establish the infrastructure necessary to achieve the target, and wished to roll out the change in a well-planned manner, with support from STELCO.

Shauna said that the government currently spent approximately USD 400 million per annum to import fuel, and the price of fuel was rising with the Russia-Ukraine conflict.

‘If our spending on fuel increases – that’s money for some other development project. We will have to spend that money to purchase fuel. Maldives is a country which can use renewable energy,” she said.

Shauna said that Maldives gets approximately 12 hours of sunlight each day, and that the price of solar energy is dropping each day.

She said that Maldives has the technology to generate solar energy.

Shauna, while acknowledging the challenges in converting to renewable energy, also stressed the need to make the change.

Shauna said that the people can join the government’s efforts to achieve the zero net target by installing solar panels in their homes.

Fenaka Corporation, with support from the government, had launched a ‘home solar’ program earlier February.

Highlighting on the program, Shauna said the government was ready to support STELCO to launch a similar program.