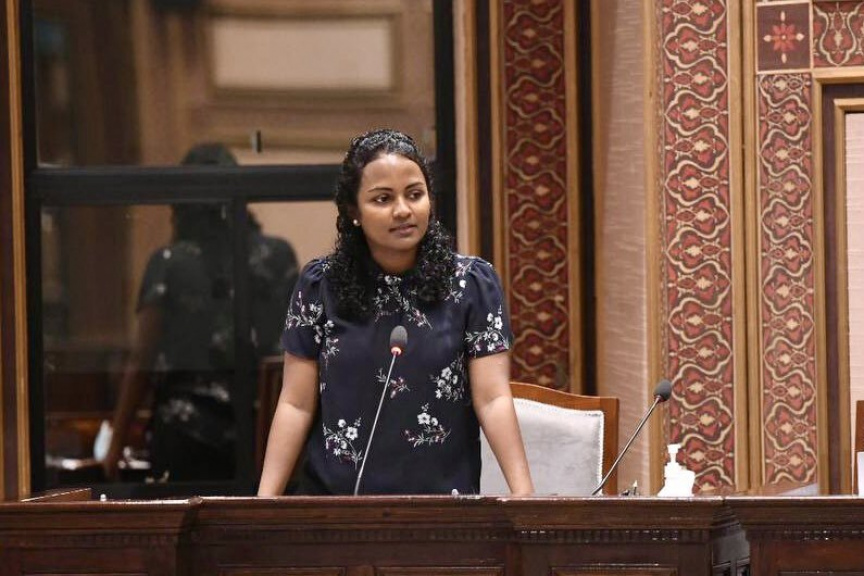 Minister of Environment, Climate Change and Technology, Aminath Shauna told the Parliament on Tuesday that the government had no plans of relocating cell towers in islands to non-residential areas, and that such a move would be a huge expense.

She made the remark in a written response to a question by Thoddoo MP Hassain Shiyan, which was read during Tuesday morning’s sitting.

Shauna said that the cell towers were built in designated locations based on which the telecom network was designed, in light of the geographic composition of Maldives.

She said that moving even a single tower would impact the entire network.

Shauna said that relocating the cell towers would also be a huge expense, and that she didn’t believe such a costly project was feasible at such time.

“And it will be a huge expense. Due to the aforementioned reasons, I don’t believe it possible to move all the antenna towers at this time,” she said.

Shauna said that due to the geographical composition of Maldives, the cell towers were crucial to provide telecommunications services to islands, and that the reliance on the towers were increasing with the introduction of the latest high-speed technologies.