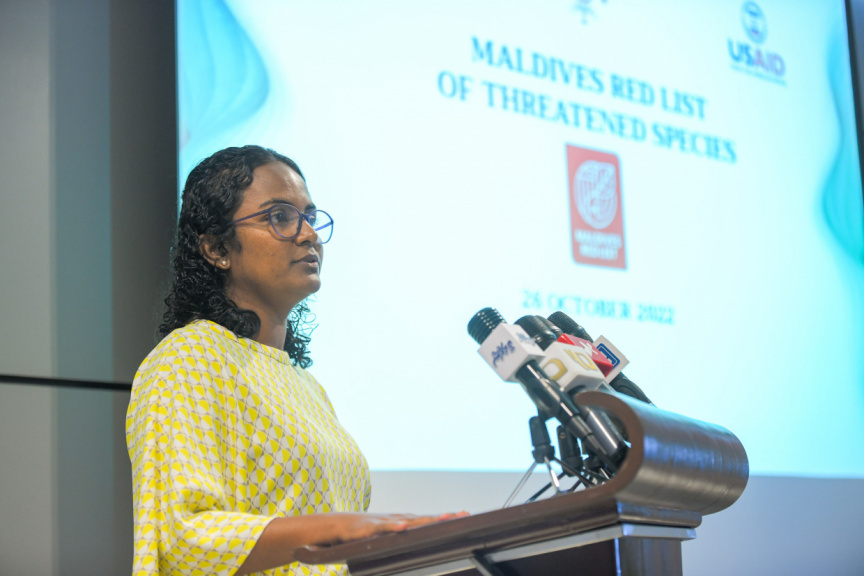 Speaking during a ceremony held to publish the results of an assessment conducted on coral reefs of the Maldives under the Red List Initiative – Minister Shauna said that the results of the research show that urgent conversation action is needed for some species of corals, as they battle extinction.

She stressed that success can only be achieved in conservation efforts by taking swifter actions than at present.

“Corals are a vital resource for our economy, especially for the tourism and fisheries sectors. At the same time, the coral reef ecosystem is fundamental to the well-being of Maldivians because it plays a key role in enabling human settlements in the Maldives through climate regulation, storm buffering, and coastal protection, among many other ecosystem services,” she had said.

The assessment conducted on 39 species of corals shows that 23 are critically endangered, six are endangered, seven are vulnerable and three are near threatened – meaning 36 species are included among the threatened with extinction categories.

During the ceremony to publish the results of the assessment – 13 participants who took part in the ‘Red List’ training program on identifying endangered species of coral were awarded certificates.

Coral reefs of the Maldives represent 3.14 percent of the world’s reef areas – making it the seventh largest reef system in the world. The Maldives has 2,031 distinct coral reefs, having at least 258 stony coral species belonging to 57 genera.

The issue of coral bleaching as a result of increasing temperatures of the sea due to climate change remains pertinent. Several conservation efforts are underway on a national-scale to combat this.