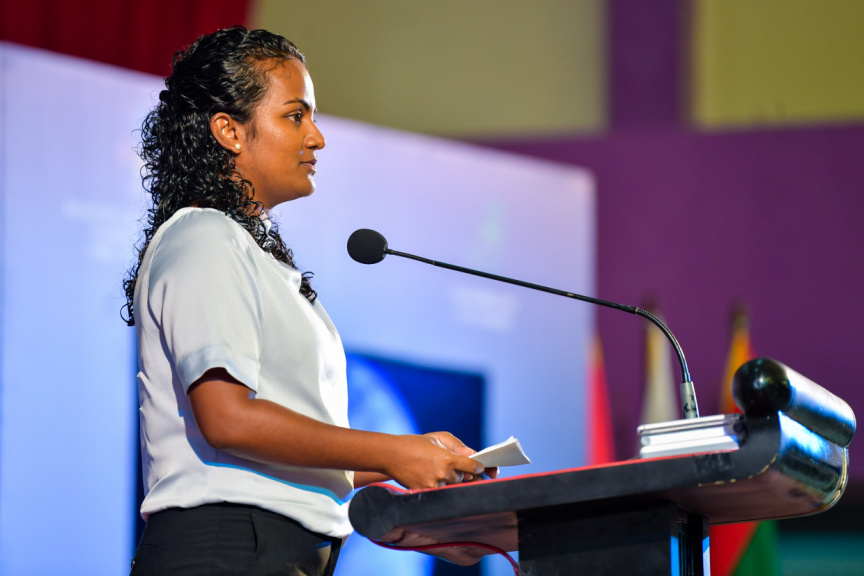 The Minister of Environment, Climate Change and Technology Aminath Shauna said on Saturday that protecting the natural environment was extremely necessary for development.

Speaking at the gathering held in Fuvahmulah to mark World Environment Day, the minister said that the issue of the environment was directly linked to the development of the country.

She added that for a developed Maldives, preserving nature was vital.

“This issue needs to be highlighted. The government has been working at different levels to protect the environment.”

Speaking further about the issue, the minister noted that plastic was the most frequently found material on the Maldivian beaches, and so they were working as per the plan to reduce plastic usage within the country.

Hence, the government declared 13 types of plastic to be banned in Maldives, and have begun enforcing this policy as well.

Minister Shauna stated that by next year, the amount of plastic found on the beaches would be reduced.

“The biggest threat to the Maldivian beaches and reefs is plastic waste.”

Moreover, she urged citizens to not engage in things that harm the environment and called on individuals to do their part as well.