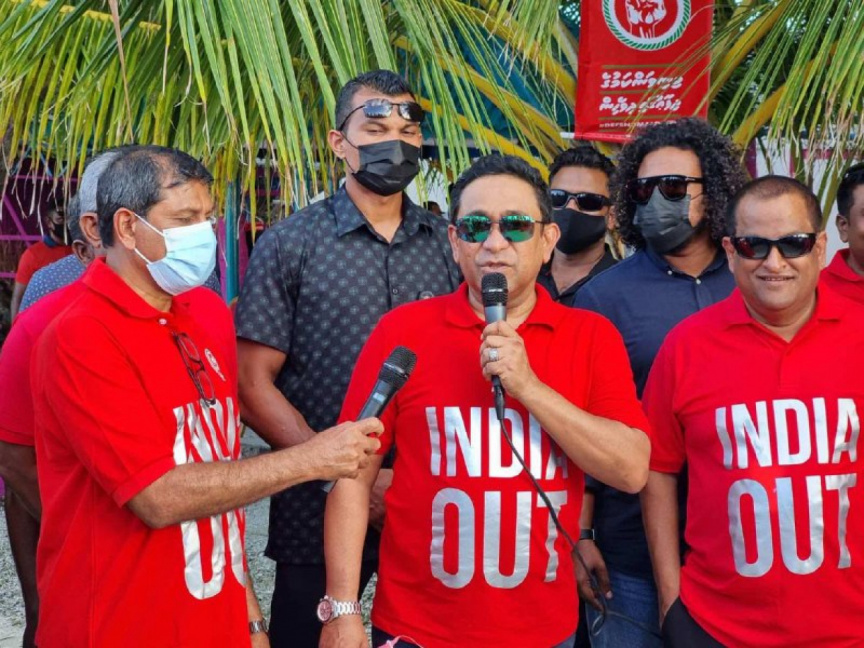 During a press conference held by the coalition, spokesperson for Progressive Party of Maldives (PPM) Heena Waleed said that “President Yameen has instructed to take the events held under the ‘India Out’ campaign to the next level.”

She announced that the former president will be visiting F.Niladhoo on Thursday, December 23 to amplify and strengthen the campaign work there.

Additionally, Heena stated that Yameen will take part in the events in the evening, as well as attend a gathering to be held at night. She added that he will take the time to see those who come from nearby islands to meet him as well.

“Members of the PPM council, Steering committee as well as senior citizens from nearby islands who wish to meet with President Yameen will have the opportunity to do so in Nilandhoo.”

Moreover, among other events, the coalition will also be collecting signatures for the ‘India Out Petition’ during the visit on Thursday.

She added the petition has received a lot of support from the events held in the greater Male’ area and other islands.

The opposition has been on the receiving end of backlash from the government, with former President and Parliament Speaker Mohamed Nasheed claiming that the ‘India Out’ campaign was an attempt at weakening Maldivians.