Minister: Students under no immediate danger from Arabiyya School building 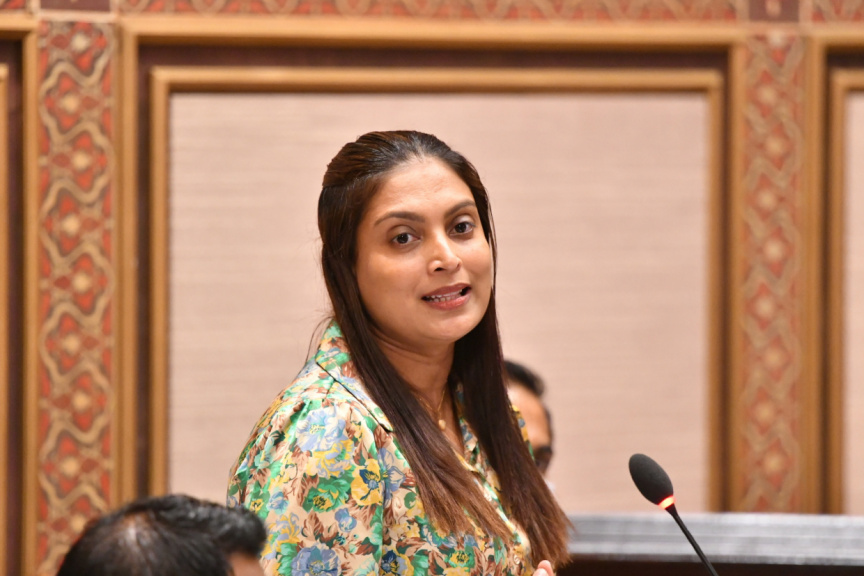 Education Minister Dr. Aishath Ali states that inspections so far show students are under no immediate danger from the Arabiyya School building, as parents continue to question the structural integrity of the building.

Aishath, who attended the Parliament on Wednesday morning to answer questions by parliamentarians, was asked by South Machangolhi MP Ahmed Haitham regarding the damages to the Arabiyya School building.

Responding to the question, Aishath said that it hasn’t been that long since the Arabiyya School building was opened, in 2013.

“Therefore, the building isn’t that old. But we first noticed large cracks in Arabiyya School in December 2020,” she said.

Aishath said that the Education Ministry conducted inspections as soon as the cracks were discovered. And that a report was prepared based on the findings of the inspection conducted in collaboration with engineers from Planning Ministry, which also included a visual inspection.

She said that the report does not say students are in immediate danger.

“The report states that students are in no immediate danger. We are closely monitoring the situation. We will move students out of the building as soon as we find the students are in any danger,” she said.

Aishath aid that the visual inspection alone isn’t enough for a full assessment of the structural integrity of the building, and that it is therefore important to conduct a structural assessment.

She said that a structural assessment is in progress.

Aishath said that the Education Ministry will know the immediate repairs necessary once the structural assessment is complete.

Parents of students at the Arabiyya School building have been expressing concern over the large cracks in the building. Several Islamic scholars have also taken to social media to express concern.

'Difficult to find capable principals due to low wage'