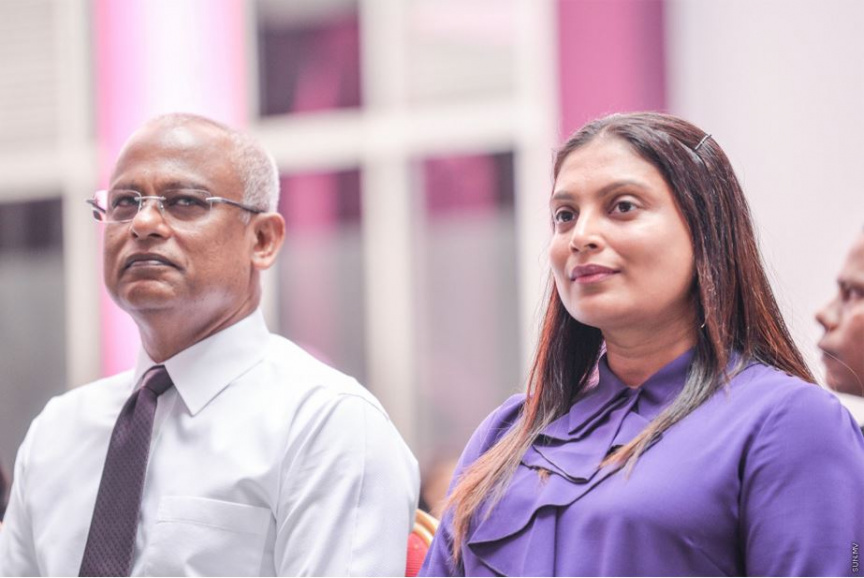 Education Minister Dr. Aishath Ali has stated that difficulties are faced in recruiting competent principals for schools due to the low salaries offered to principals.

Minister Aishath Ali was summoned to the parliament today, to be questioned regarding the lack of a principal at R. Maduvvari School.

Responding to a question posed by Maduvvari MP Adam Shareef – Minister Aishath Ali detailed that Madduvari School’s principal had resigned on August 15, following which multiple efforts have been launched to recruit a new principal.

“Following this, we have been working on recruiting a new principal. On this note, we announced the vacancy for the first time in August 18. However, no individual who met all the job requirements had applied for the post then,” she had said.

Minister Aishath Ali said that the same issue was faced when the vacancy was announced for a second time as well. However, she said that when the announcement was made for a third time in early October, a principal who fit all the requirements had applied – following which they are now working on settling all the matters in relation the appointment for the post.

Speaking further, Minister Aishath Ali stressed that there were many difficulties in recruiting principals for schools – adding that one of the most pressing difficulties in this regard, being the non-application of competent individuals for the post.

On this note, she said that subsequent to the non-application of individuals for the post, the Ministry has tried recruiting persons through discussions with principals already in the system, as well as interested persons.

In addition to this, Minister Aishath Ali said another pertinent difficulty was the low salaries offered to principals.

“What is noticed is that it is difficult to find competent principals for schools these days. One of the issues related to this is the low salary offered to them,” she had said.

Noting that some individuals at the parliament and councils have completed principal courses – she said that there is a high chance of losing competent principals at schools due to the low salary offered to them.

To solve such issues, Minister Aishath Ali said that a special allowance is allocated for principals who take up the job at an island other than his or her own. In addition to this, she said that training courses for principals are planned and carried out.

Development of new school at Feydhoo to begin this year

'Facilitating inclusive education for a priority'

'Work on license issuance for teachers to begin soon'