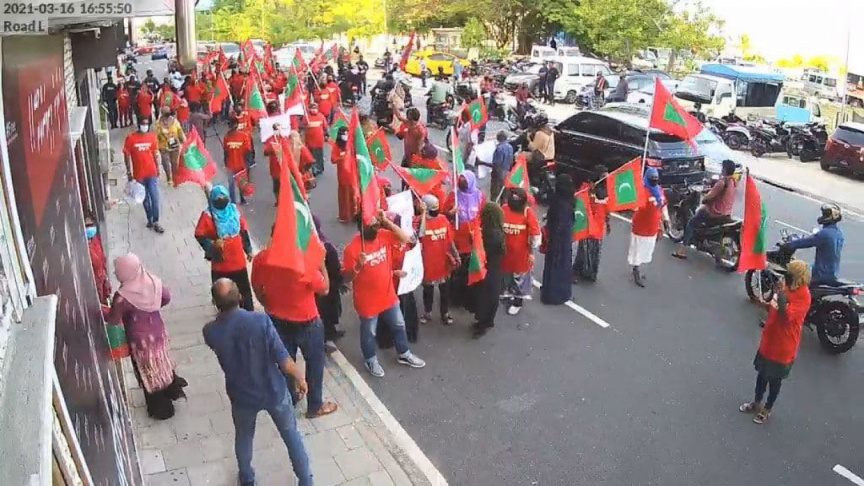 Seven people have been arrested from opposition-led protests in Male' City today.

PPM-PNC supporters today, protested in Male' City, which led to the arrest of seven.

Opposition supporters have faced arrests during protests previously as well. They are released after being fined for violating HPA guidelines which prohibit public gatherings in the nation due to the spread of COVID-19.

PPM and PNC have been fined by MVR 50,000 for repeated violations of the HPA guidelines.

'Mistakes on the school textbooks are deliberate'

Resolution calling for Yameen to be compensated passed