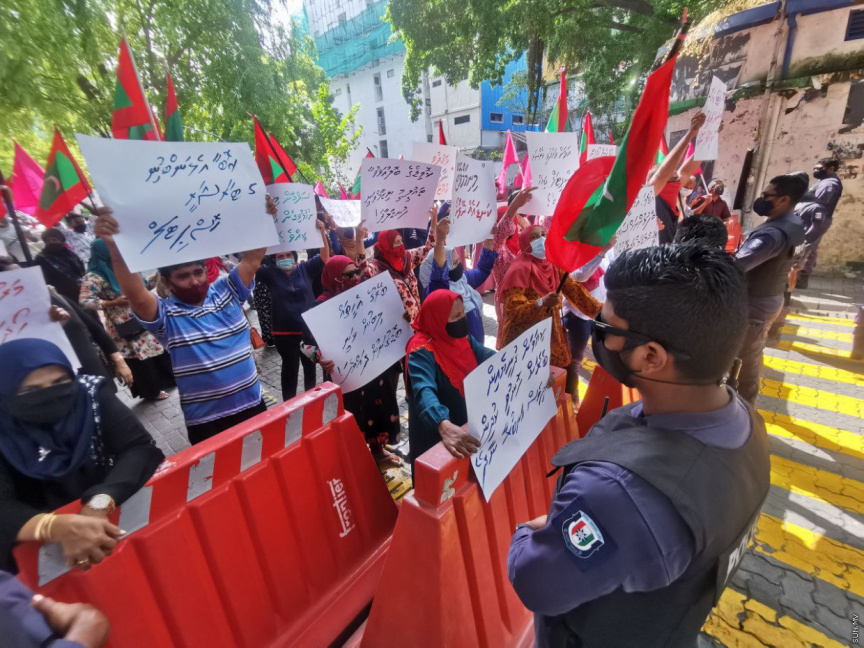 Opposition coalition supporters protested outside the parliament today, as President Ibrahim Mohamed Solih delivered the inaugural address to the Parliament.

The protests were held near the Majeedhiyya School since the area closer to the parliament building was barricaded off. The main call by the opposition was the prolonged unfulfilled pledges by the government.

The opposition coalition members said that the government had failed in its pledge to establish five tertiary level hospitals in different areas as well as the pledged cancer hospital.

During the Presidential address today, MP for Kaashidhoo Abdulla Jabir had attempted to disrupt the speech in an agitated manner depicting a heckler. The MP noticeably responded to the President’s statements while opposition MPs refrained from attending the sitting today.