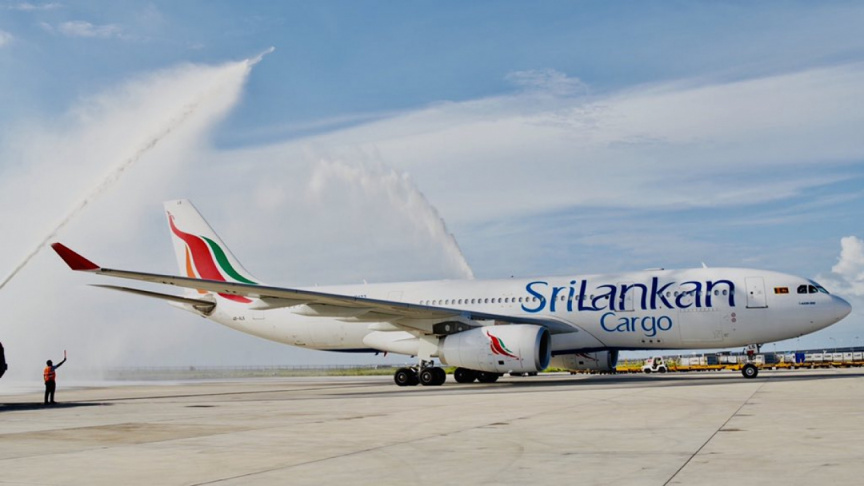 The aircraft landed to a ceremonial water salute to celebrate the milestone.

SriLankan Airlines, which has a fleet of 26 Airbus 330 aircrafts, has dedicated one of the aircrafts for its air freight operations. The airline launched the new operations on June 25, and now holds regular cargo flights to Europe and the Far East.

The airline launched the operation in an attempt to minimize the impact of the coronavirus pandemic on the airline following a drop in demand for passenger flights and a rise in demand for cargo flights.

Sri Lankan Airlines was one of the first international airlines to resume commercial operations to Maldives when it reopened its borders after a near four-month lockdown on July 15.

The airline recently announced plans to increase the frequency of its flights to Maldives and connect the country with more European cities - London, Paris, Frankfurt and Milan - starting August.