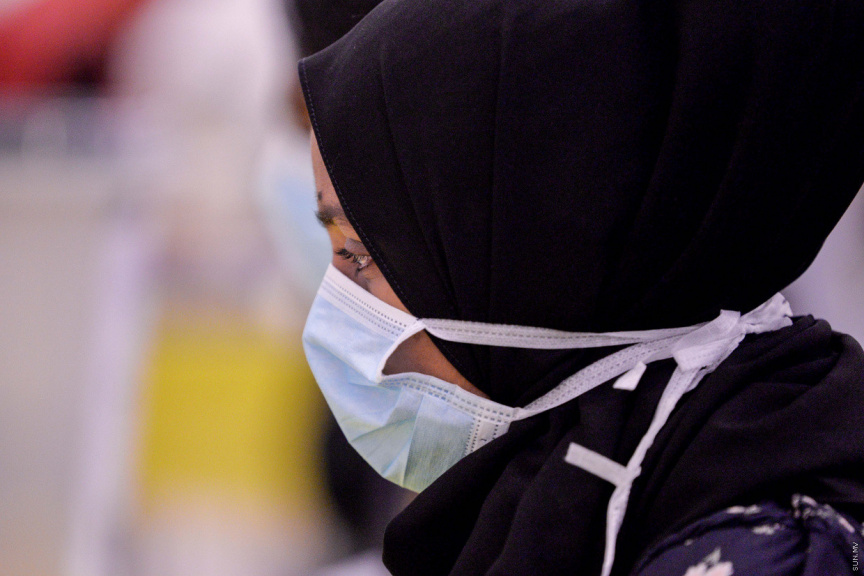 The Maldivian government has declared it is now mandatory for everyone to wear face masks in public.

In a tweet on Thursday evening, the President’s Office said the decision was made following discussions between President Ibrahim Mohamed Solih and members of the National Taskforce on Resilience Building and Economic Recovery.

The President’s Office noted the surge in coronavirus cases in the greater Male’ area over the last two weeks, and announced that the government has decided to make it mandatory to wear masks in public.

People have also been urged to limit their movements and contacts, practice social distancing, practice frequent hand washing and to work from home unless essential.

“Case numbers in the Male’ area has risen in the last two weeks. Avoiding lockdown is in everyone’s interest,” said the President’s Office in a tweet.

The country recorded 61 new cases last Wednesday, increasing the number of people who have tested positive over the last one-week period alone to 464.

It is unclear whether masks are mandatory for just the greater Male’ region or all of Maldives. Health Emergency Operations Center (HEOC) has stated that details regarding the mandatory mask order will be released during a press conference later this Thursday.

Public Health Protection Act authorizes the imposition of fines and even arrests and prosecutions for violation of the orders of the Director General of Public Health during a state of public health emergency. Those who violated the three-month-long lockdown on the capital by venturing out to the public without special permits were fined. It is therefore likely that a similar penalty will be imposed for violation of the mandatory mask order.

Maldives identified its first coronavirus case on March 7, and declared a state of public health emergency over the pandemic less than a week later on March 12.

Greater public movement following the relaxation of the lockdown this July has led to a surge in coronavirus cases. An increasing number of new coronavirus cases are unlinked to existing clusters, which health authorities warn indicates a wide community spread.

Maldives has 3,567 confirmed coronavirus cases. 2,554 of the patients have since recovered, while 16 have died from complications. The latest fatality was recorded earlier this Thursday.

'Pres. will take action in response to audit findings'