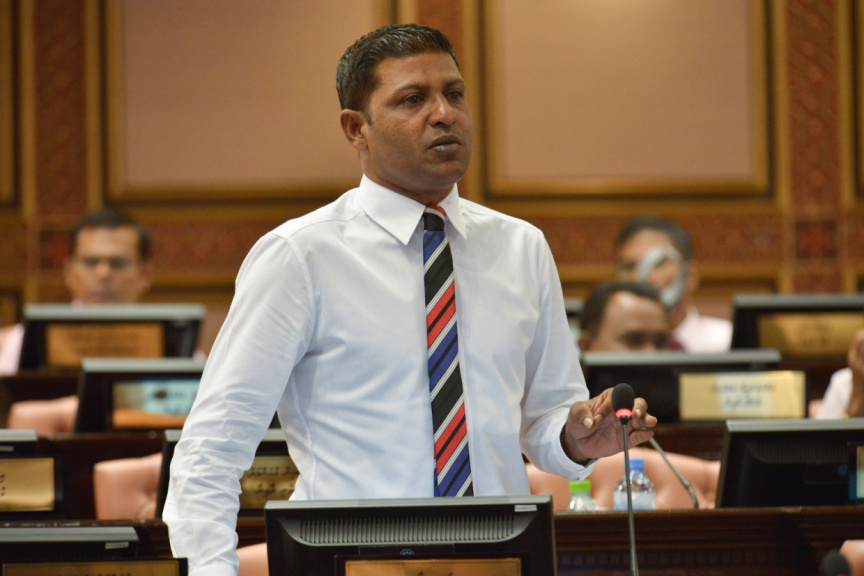 A police spokesperson confirmed Riza was brought in for questioning "in response to an ongoing investigation by the police".

While the spokesperson did not comment on the nature of the investigation, it is believed to be in connection to an investigation opened against RIX Maldives for human trafficking.

The police announced earlier this Monday that a criminal investigation has been launched against RIX Maldives on suspicion of “exploitation and forced labor of migrant workers, facilitating human trafficking, failure to pay fees and payments entitled to the State on behalf of the migrant workers and violation of the rights of migrant workers”.

The investigation was launched in the wake of a violent strike staged by some of the 200 migrant workers employed by RIX Maldives in Bodufinolhu, an island under development as a tourist resort in B. Atoll.

In the violent strike which took place over months of unpaid wages, migrant workers employed by RIX Maldives, the project’s contractor, held local workers hostage and destroyed property. 19 migrant workers have been arrested in connection to the unrest.

In a statement on Sunday, the police said that RIX Maldives is suspected of using fraud to recruit a large number of migrant workers from overseas which suggests human trafficking.

In an interview to Sun following the strike on Thursday, Riza said that the workers have not been paid their wages in four months, and that the company had been unable to pay the wages due to the coronavirus crisis.

However, the Public Interest Law Center (PILC), which is providing free legal aid to the migrant workers in Bodufinolhu, said that some of the workers – both local and migrant – have not been paid their salaries in six months.

The monthly wage of the majority of the migrant workers ranges between MVR 4,000 to MVR 7,000.

RIX Maldives has also stated that the company was unable to pay the wages because it is owed payments by the resort’s developer Seal Maldives – a claim which Seal Maldives denies.

Transparency Maldives has issued a statement urging the Maldivian government to investigate the issues that led to the unrest in Bodufinolhu and take legal action against those who violated the rights of the migrant workers instead of re-victimizing them.