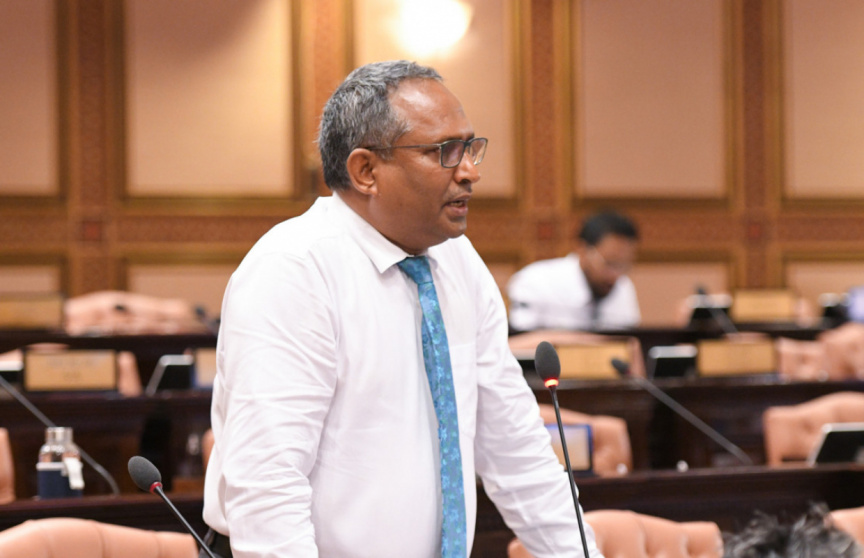 MP for Kelaa, Ibrahim Shareef (Kelaa Iburey) has said that the high number of women serving in political posts may result in an increase in divorce rates and may even become an obstruction to maternity.

The MP posed a question on Twitter by asking if the seats specifically designated for women in the local council elections would result in a slowdown of population growth. The MP, who stated that the question reflected his own opinion, was referring to the recent amendment to the Decentralization Act where 33 percent of council seats are allocated for women.

When contacted by “Sun” MP Shareef stated that his opinion was based on statements and research previously made by others. He stated that it is possible that the strain in the relationship between a woman and her husband was due to her serving in a political post. He explained his view that this could eventually cause a number of issues and went on to clarify these issues.

“The reason why I am saying this, is because obstructions are faced in mating (sexual relations between a married couple) if we give political positions to so many women…maternity efforts will be interrupted, if the relationship between the two (a couple) is strained.” said the MP.

MP Shareef went on to resonate that the already high number of divorces in the country would surge due to such a move. He called for further research on such matters and pointed out that not all European ideas would work in the Maldives.

“Some women in the Maldivian society say that it is better now that they are empowered and that they can live independently without their husbands. But these are just scenarios, of what could happen. We will have to research this. Something that works in Europe might not work here and something that works in the Maldives might not work in Europe. So, divorce rates of political figures may increase.” said the MP.

The MP also shared with “Sun” the research that led to his conclusions on divorce rates and maternity. He once again stated that this was his own opinion and not one of MDP and the government.

The fact that the country may gain a capable and competent young generation was noted by MP Shareef as one of the advantages of involving more women in the political field. He believed that this was the aim of the government when it brought the amendment to the law after stating that negative and positive results are to be expected from any move.

Around 980 councilors will compete in the Local Council Elections on April 4, 2020. Out of the figure, 384 spots have been allocated for female councilors.