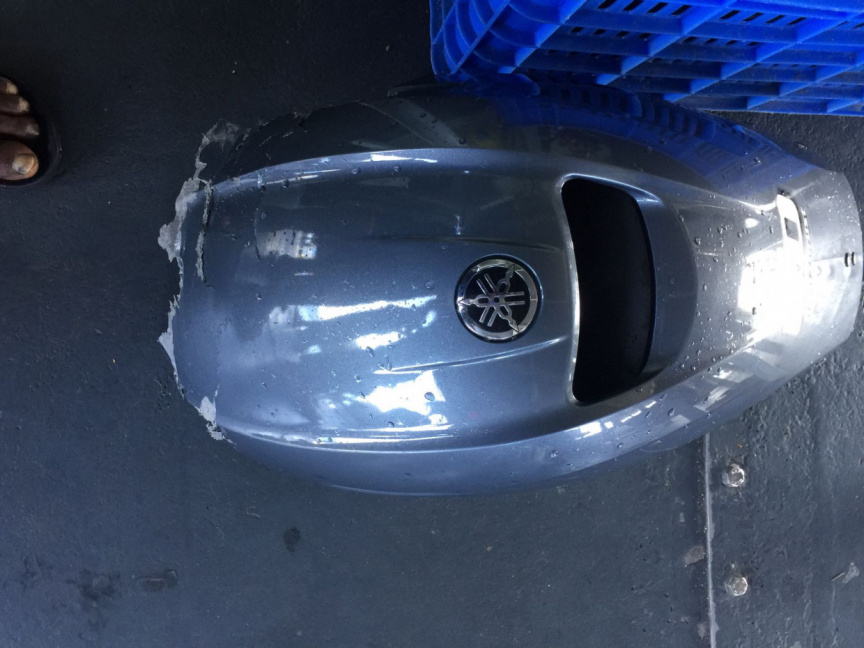 Part of an engine cover discovered by MNDF divers involved in the search for a man missing after an accident at sea in B. Atoll on January 2, 2020. Investigations are underway by the authorities to determine if it is connected to the accident. (Photo/MNDF)

The dinghy involved in a collision with a speedboat near B. Dhonfanu on January 2, 2020, has been found by Maldives National Defense Force (MNDF) coastguard divers.

The dinghy was located during search efforts by the authorities for a man missing from the accident. It was located between Dhonfanu and Angafaru nearly 40 meters underwater, by divers who were searching for Nasrullah Abdulla (41 yrs) from Musthareege, B. Eydhafushi.

MNDF stated that part of an engine cover was also found in the area and investigations were underway to determine if it was a part of the dinghy’s engine.

There has been no sign of Nasrullah Abdulla despite large scale search efforts by authorities. Divers from the Coastguard and nearby resorts are spearheading the search. MNDF is also using a helicopter, a dive robot as well as a number of vessels in the operations.

The accident that occurred last Thursday resulted in injuries to those on board both vessels.