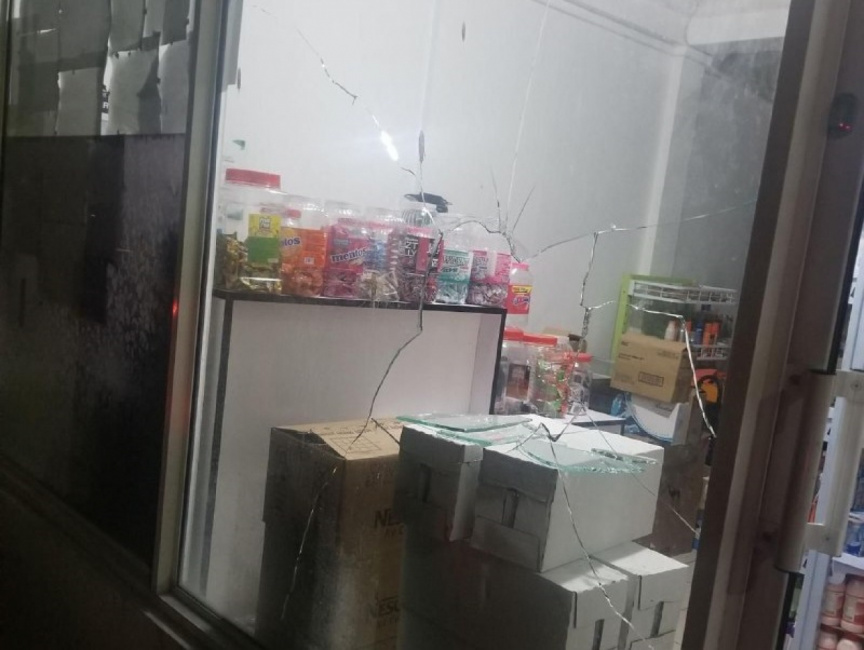 Vandals smashed the windows of a shop run by Maldives Correctional Services on two occasions. The most recent act of vandalism was on January 7, 2020.

The glass windows of a shop run by Maldives Correctional Service’s Corporative Society has been smashed on two occasions.

The welfare shop is used by members of the public as well as corrections officers and is located in Aimina Rani Hingun. The windows of the shop were first smashed on January 5, 2020. After boards were put up to cover the smashed windows, vandals last night broke the remaining windows of the shop which is now completely boarded up.

Maldives Corrections Services confirmed that the windows were smashed and that the matter has been submitted to Police.

The incident follows unrest in Maafushi prison earlier this week, where corrections officers were accused of using excessive force and torturing inmates.

Rumors have been circulating that these prisoners are now on a hunger strike regarding their demands, to which Corrections has not yet responded.

The unrest sees the opposition political parties call for the resignation of the Home Minister Imran and Commissioner of Prisons Abdulla Munaz.