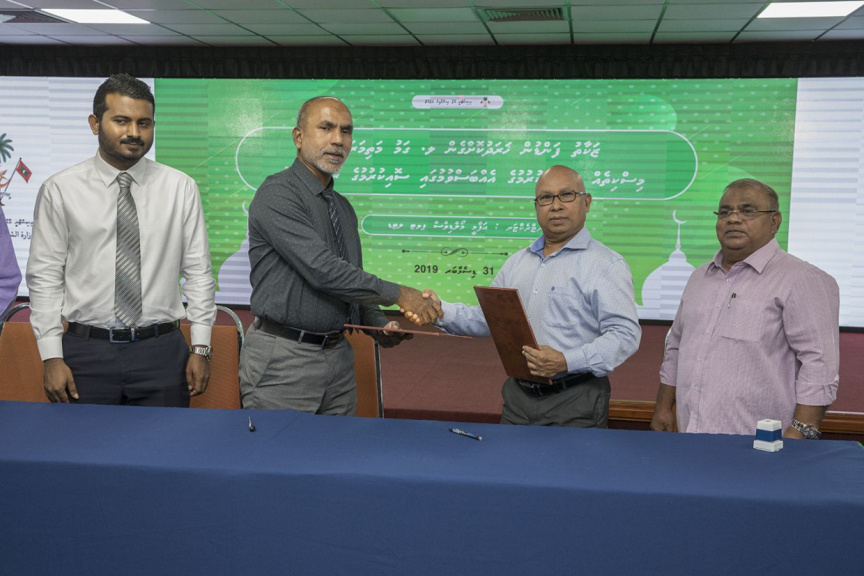 Afami Maldives Private Limited has been contracted by the Islamic Ministry to build a mosque in the Mathimaradhoo ward of L. Gan.

The contract was signed by Islamic Minister Dr. Ahmed Zahir Ali and Ameen Mohamed, the Managing Director of Afami Maldives, this Tuesday.

Afami Maldives has been contracted to complete the project in 360 days.

Speaking to press following the signing ceremony, Dr. Ahmed Zahir said that the project had been initiated in response to concern voiced by residents of the Mathimaradhoo regarding the need to build a new mosque in the ward.

A Gan councilman told Sun that the existing mosque in Mathimaradhoo was old, and not large enough to accommodate the population of the ward.

He said the population of the Mathimaradhoo ward currently stood at approximately 600 people, and that a previous effort to enlarge to the existing mosque had failed to alleviate the space shortage.