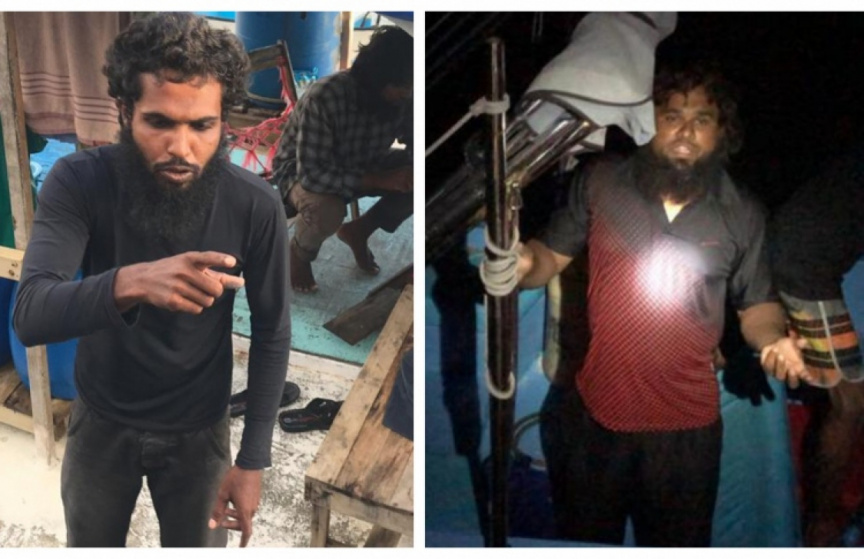 Ismail Asif (R) is accused of attacking Ismail Hammad (L) with a knife on November 21, 2019. The two men are thought to be followers of extremist ideology, and the altercation between them on a boat left Hammad severely injured. Asif was later arrewsted on November 23, 2019.

The detention of Ismail Asif (30 years) who is accused of attacking Ismail Hammad on a boat at sea on November 21 has been extended by 10 days by the Criminal Court of Maldives.

The altercation between the two men of extremist ideology following a dispute on the boat named “Jaree” friom R. Maduvvari, that left Hammad gravely injured.

Hammad was thrown overboard after the attack, after which he managed to swim to the nearby island of A. A. Maalhos in his wounded state. Asif attacked Hammad with a fishermen’s knife. Asif was arrested on November 23, 2019.

He is being charged in the case of causing grievous bodily harm under Article (60) of the Criminal Procedure Code of Maldives.

The court order read that the extension order was due to the threat posed by Asif to the safety of society and for the investigation of Asif’s alleged psychological condition.

Commissioner of Police Mohamed Hameed has previously stated that Asif had admitted to attacking to Hammad at a detention hearing and the weapon used in the attack was retrieved by Police divers from the seat near A. A. Maalhos.

At a news conference held on December 1, Chief Inspector of Police Hassan Shifau stated that there were two people on the boat with Hammad at the time of the attack.

Asif was the lone attacker and the remaining crew member was reportedly asleep when the attack occurred, according to the authorities. Hammad himself is also under arrest for the rape of a minor.