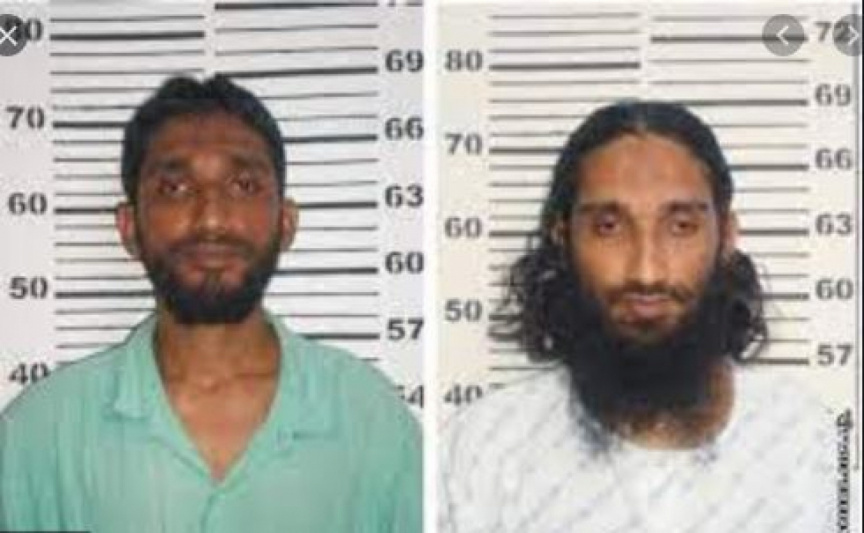 The suspect arrested from Maldivian capital on Tuesday for propagating extremist ideologies has been remanded in custody of the police for 15 days.

Police identified the suspect as a 49-year-old Maldivian male. They believe him to be a top propagator of extremist ideologies in Maldives.

Sun is able to confirm the identity of the suspect as Abdulla Ali Manik (Bahaaruge, HA. Molhadhoo), who was imprisoned in connection to the violence in HA. Himandhoo back in 2007.

A police spokesperson said he was remanded in custody of the police for 15 days when presented before the court for his remand hearing on Wednesday.

Abdulla Ali Manik was involved with a group of separatists who propagated extremist religious ideologies in Himandhoo, and faced off with the security forces armed with wooden bats, sharpened metal rods and machetes.

He is believed to be a top recruiter of Maldivians for militant activities overseas in the name of ‘jihad’, and holding separate communal prayers and holding classes to propagate extremist ideologies.

Police have made three arrests in connection to the case and suspect all three of holding extremist views.

However, it is unclear whether Abdulla Ali Manik is linked with the case.