Police: Ali Manik was plotting to carry out a terror attack 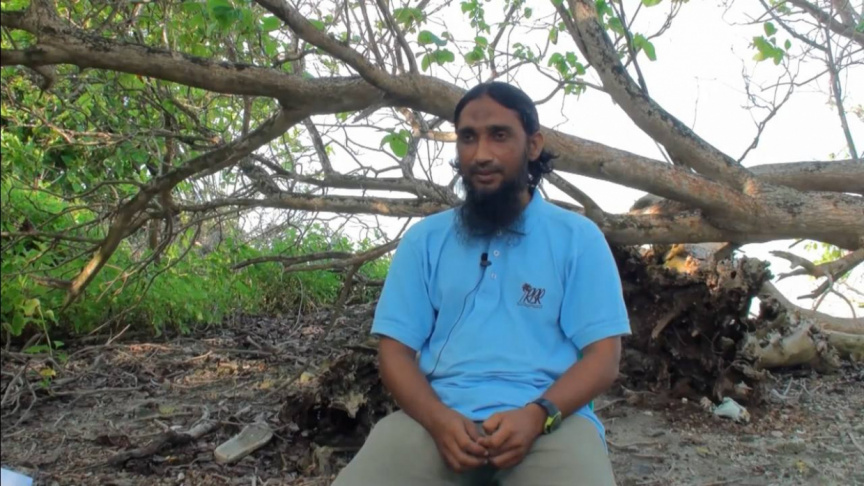 Police told the court on Wednesday that Abdulla Ali Manik, who they believe to be a top propagator of extremist ideologies in Maldives, is suspected of conspiring to carry out a terror attack which could endanger the community.

Abdulla Ali Manik, 49, Bahaaruge, HA. Molhadhoo was arrested from his residence in Male’ City on Tuesday night. He was remanded to the custody of the police for 15 days by the Criminal Court on Wednesday.

When presented before the court for his remanded hearing, Abdulla Ali Manik denied the allegations against him. However, the court found the evidence submitted by the police sufficient for remand.

The police requested his remand based of seven grounds, including the suspicion he was conspiring to carry out a dangerous terror attack.

The reasons police presented for his remand:

When presented with the opportunity to make a statement in defense, Abdulla Ali Manik denied the allegations. He also said that he was arrested and his residence searched in presence of his children, leaving them traumatized.

However, the police said they did not violate his dignity during his arrest or the search of his residence. And that he wasn’t handcuffed when they searched his residence.

Abdulla Ali Manik was imprisoned in connection to the violence in HA. Himandhoo back in 2007. He was found guilty of involvement with a group of separatists who propagated extremist religious ideologies in Himandhoo, and faced off with the security forces armed with wooden bats, sharpened metal rods and machetes.

Man with links to extremism arrested from Dharavandhoo