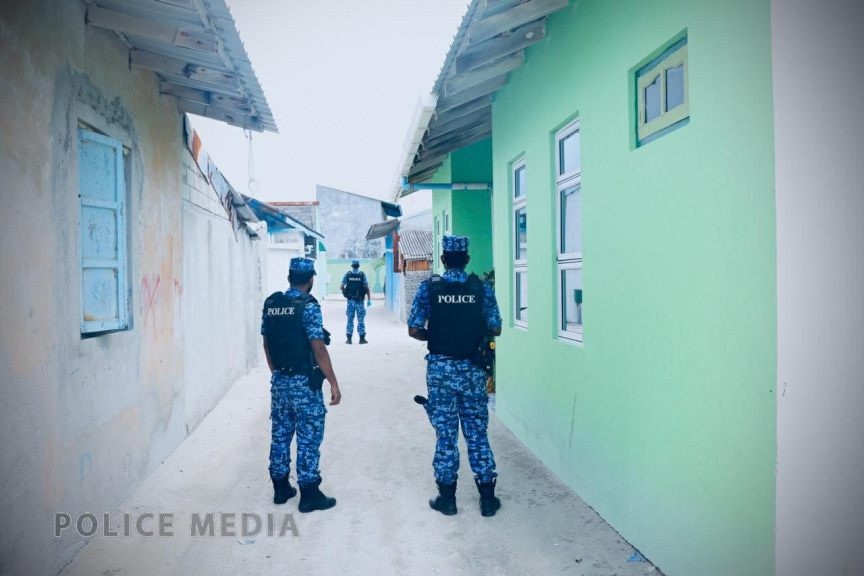 The court has remanded the three men arrested in the special operation launched by the security services in R. Maduvvari to 10 days in a detention facility.

The police announced this Thursday that a court had authorized for the suspects to be held at a detention facility determined by the Home Ministry for the duration of 10 days.

The police declined to name the court where the suspects were taken to for their remand hearing.

The special operation in Maduvvari, which the police now say is expected to last at least a week, was launched on Wednesday morning. The police have conducted raids on several private residences and boats, and a Coastguard ship is stationed off the coast of the island.

The police, in a statement announcing the commencement of the special operation in Maduvvari, said that it was a crackdown to counter religious extremism, religious separatism, denial of constitutional rights and exploitation of women and children, and spread of pro-terror propaganda and recruitment of locals for terrorist organizations in R. Maduvvari.

Head of Serious and Organized Crime Department, Superintendent of Police Mohamed Basheer announced raids were conducted on six residences and a boat on Wednesday, from which the police seized electronics and doctored marriage certificates as evidence, and found a number of children had been denied vaccination and their right to education.