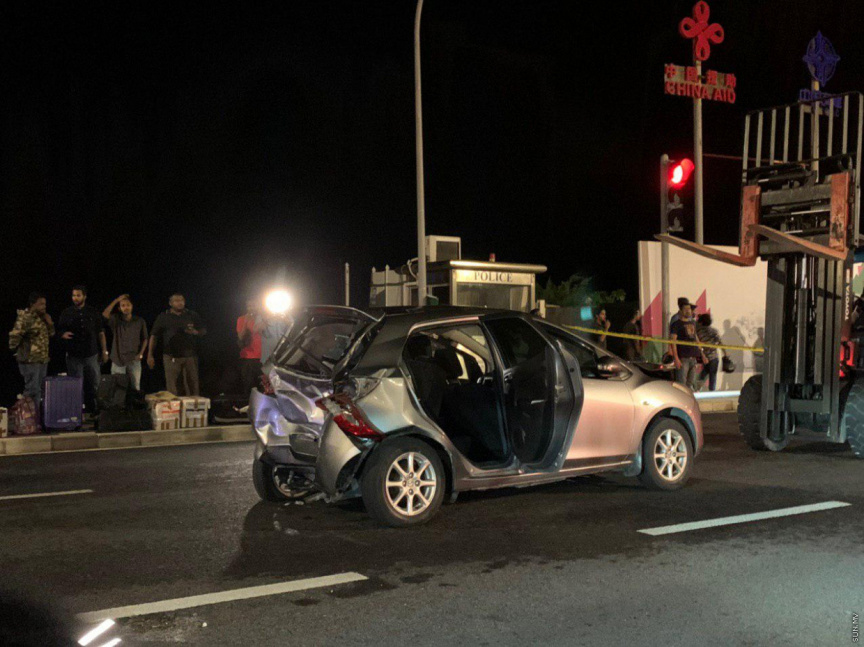 Photo shows a car heavily damaged in a dangerous accident that occurred on the Sinamale' bridge on December 19, 2019. (Sun Photo/Mohamed Muzayyin Nazim)

Several cars were left damaged in an accident on the Sinamale' bridge last night.

Photos on social media showed several damaged cars near the end of the bridge in Male’ city. An eyewitness stated that three people were taken to hospital for injuries from the accident, one of them was reportedly a child.

Deputy mayor of Male’ city Shamaau Shareef, who was at the scene at the time of the accident tweeted that “it was the most dangerous accident he had witnessed”.

The accident occurred when three cars and a number of motorcycles collided. Shamaau also tweeted that he heard a deafening sound from the crash and the screaming of several people from the scene.

No word from Police is yet available on the matter.

1 arrested in cruel murder of Qasim