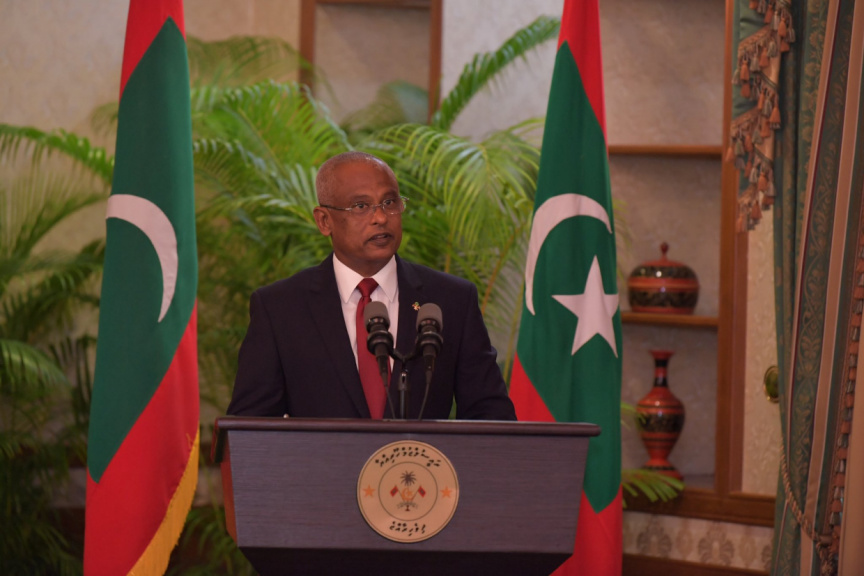 He announced the intention to re-submit the legislature in his address on occasion of the International Anti-Corruption Day being marked this Monday.

“Prevention and prohibition of corruption is key to ensuring stability and growth and enforcing equal and fair justice for all,” he said.

The legislative amendment is one which has also been recommended by the local corruption watchdog, Anti-Corruption Commission (ACC).

President Solih, in his address, said that lack of integrity and corruption was the main obstruction to the society reaping the full benefits of precious resources.

He said that the fight against corruption began with oneself, and urged all Maldivian people to join him and his administration in rooting out corruption.

He warned that it was inaction which allowed for the culture of corruption to continue, despite the existence of the laws, regulations and investigative bodies which sought to root out the menace.

“Therefore, the most effective measure against corruption is for every Maldivian citizen to be true to themselves, and embrace the principles of honesty, integrity and loyalty,” said President Solih.

He also highlighted on the action taken by his administration under its ‘zero tolerance to corruption’ policy, the first of which had been to initiate the declaration of the assets of all political appointees and board members of state enterprises within the first 100 days of his administration.

President Solih said that the purpose of initiating the declaration of assets of such officials had been to allow the public access to records which will allow them to review the financial status at the time of appointment, and detect for any illicit enrichment following appointment.

He also noted the Whistleblowers Protection Act, a landmark legislature which offers protection to people who proactively report and expose malfeasance and wrongdoings within the state and the government; and the Corruption Reporting Portal established by his administration which allows anonymous reporting of suspicious activities by state and government officials.

He urged anyone with information regarding corruption or wrongdoing by anyone in public office to report such cases without delay or fear of repercussion.