Min. Ameen promises 2 doctors for every 24-hour health center by end of 2019 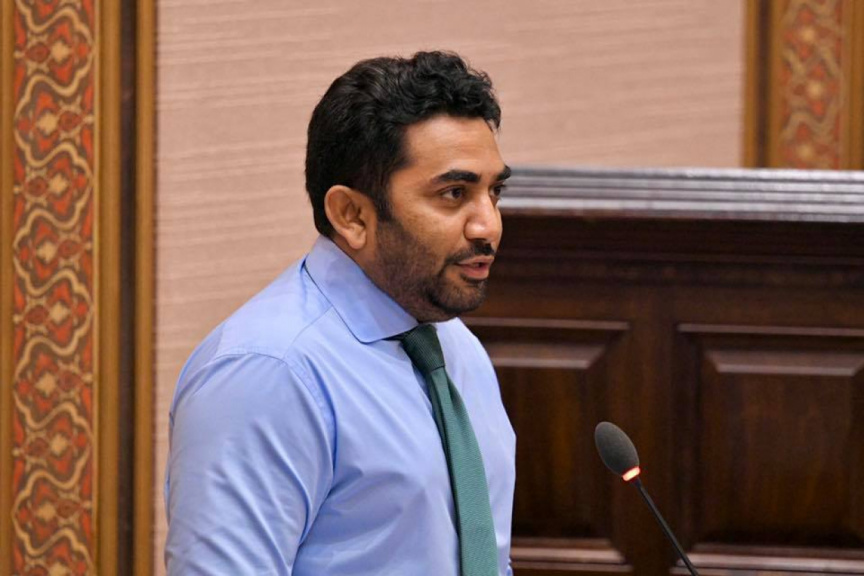 Health Minister Ameen has stated that every 24-hour health service center in the country will have at least two doctors by the end of the year 2019.

The minister stated so in today’s Parliamentary session where he was answering the questions posed to him by MPs. Minister Ameen noted the difficulties faced in sourcing doctors for some health centers in the country.

“The work carried out to address these difficulties have allowed us to arrange at least two doctors to every health center that provides services 24-hours. The doctors will be arranged by the end of the year and have already been arranged for a lot of these facilities.” said Minister Ameen.

Ameen also called on MPs to focus on providing better services from health facilities rather than to construct big buildings that provide these services. His statement was in response to Speaker Nasheed’s statement which noted that even if health centers were established and beds were arranged in these islands, the beds would remain empty most of the time.

“We would know how much a health center is used by analyzing just how much a delivery room of the center has been used. Sometimes, the four or five beds in the health center might get filled due to a cold or something like chikungunya. But most of the time, these beds stay empty.” said the Speaker, who also noted that it was a huge mistake to think that development lied in the construction of hospitals before stating that real development lied in the provision of quality services from a facility.

These statements were also echoed by the Minister, who noted that most people traveled to Atoll hospitals for deliveries. He also said that an outreach program has been initiated to resolve this issue. The program would allow people to conduct scans while staying in islands.

The low quality of services in health centers across the country is constantly raised by the public, with some claiming that even a pill of Panadol is scarcely available from these centers. Minister Ameen, promised in today’s session that these concerns would be resolved.