Man attacked with knife and thrown to sea, transported to Male’ for further care 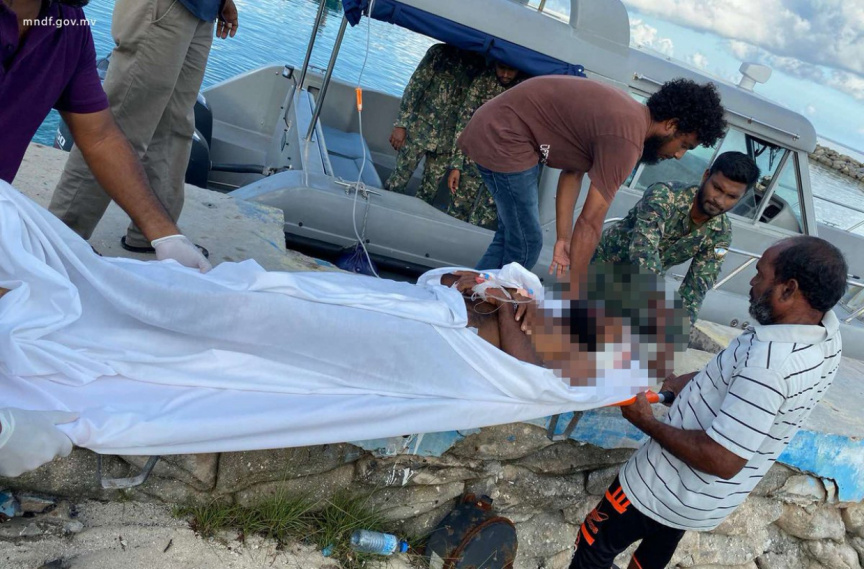 Photo shows law enforcement authorities transporting a man who was badly wounded in a cruel knife attack and thrown to sea near Alifu Alifu Maalhos on November 22, 2019, to Male' city for treatment.

A local man is being treated for serious knife injuries after an altercation on a boat. The man is reportedly 26-years of age and was brought to A.A Maalhos health center around 3:00 last night. He had suffered serious wounds to different parts of his body.

He has now been transported to Male’ city with the assistance of MNDF and is receiving medical care at IGMH.

Police stated that the man was badly wounded with a knife in an altercation on a sea cucumber fishing boat. He was reportedly thrown into the sea after being wounded by his attackers.

His condition was serious according to Police who also stated that the investigation had led to the conclusion that the man had swum to A. A Maalhos after being thrown into the sea. Police have started an investigation into the incident and have now begun to question those involved in the case.