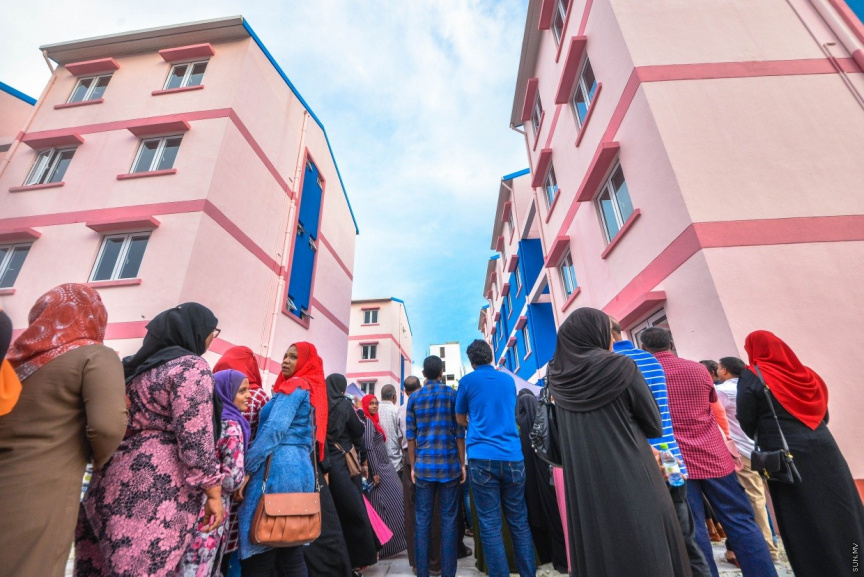 Housing Minister Aminath Athifa says government officials are engaged in negotiations with commercial banks in a bid to lower the interest rate on housing loans to the range of 5-8 percent.

She made the announcement during discussions with the parliamentary sub-committee engaged in drafting the Housing Bill last Sunday.

She said that the objective posed several challenges – one of which is the shortage of funds at the banks allocated for housing loans.

“We don’t consider it a housing loan if it goes above 8 percent. We consider them commercial loans. We are negotiating to set the rate lower than that,” said Athifa.

The discussions with the parliamentary sub-committee was also attended by Local Government Authority (LGA) officials who warned that running housing schemes ad hoc at local islands without a masterplan in mind would only spring up islands such as the congested Maldivian capital, Male’.

The officials stressed that housing projects run in local islands must not compromise proper ventilation and vacant spaces. It also stressed the merits of introducing a neighborhood concept to local islands.

They said that such requirements must be written down in law.

The sub-committee’s chair noted that according to HDFC, 70 percent of state housing units are occupied by parties other than the tenants who were awarded the units. He also noted the concern raised by banks over lack of laws and regulations to allow banks to evict people who fail to settle housing loans.

President and First lady return to Maldives from Japan