President and First lady return to Maldives from Japan 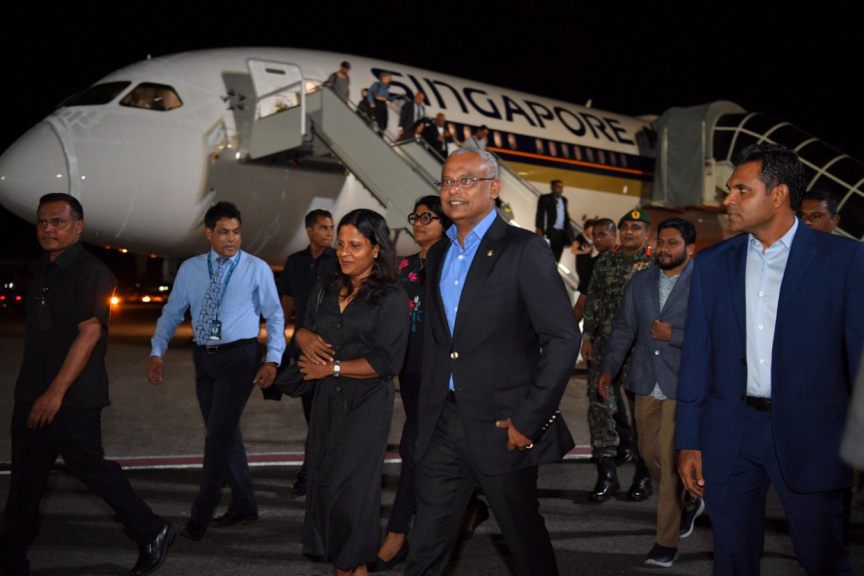 President Ibrahim Mohamed Solih has arrived back in Malé after concluding an official visit to Japan.

Thanking the Japanese Prime Minister for all that the country has done for the Maldives, the President also held discussions regarding visa easements for Maldivians in Japan and the two leaders spoke on their outlooks on how the two countries can better cooperate during this meeting.

The President also noted how Japan has provided aid to the Maldives and invested in the development of the Maldivian infrastructure and climate resilience that saw the Maldives rise from Least Developed Countries (LDCs) status in 2011, to become a Middle-Income Countries (MICs).

The President had traveled to Japan at the invitation of the Japanese Government and attended the enthronement ceremony of His Imperial Majesty Emperor Naruhito, who ascended as the country’s new monarch to the Chrysanthemum throne.