Local imam faces threats ‘for speaking out against extremism’ 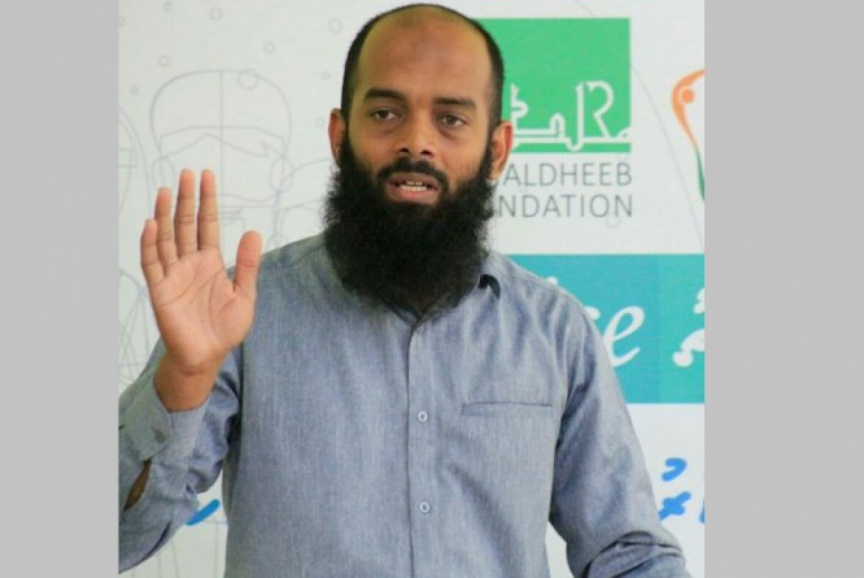 Sheikh Mohamed Aneel, the senior imam at Masjid al-Zinnoorain in Addu City says he is facing threats and harassment for speaking out against violence and religious extremism.

Sheikh Aneel raised the alarm over the threats in a tweet on Sunday after he found the straps of his sandals cut when he exited the mosque after Asr prayer.

He said that several eye witnesses reported the straps were cut by a group of worshippers who isolate themselves from the rest of the worshippers.

“I have been facing continued harassment from the streets and at the mosque and threats on social media for speaking out against violence in the name of religion. There has been a recent escalation in such attacks,” said Sheikh Aneel in an additional tweet.

He said that the same group of people who eye witnesses placed cutting the straps of his sandals had also been seen on multiple mosques throughout Addu City on a regular basis from after Isha prayer to up until 9 or 10 pm with impressionable adolescents engaged in attempts to spread their extremist ideologies.

He also accused them of tagging public property and defacing the books and posters at mosques by scribbling out seal of the state, defacing calendars, and stealing copies of translations of the Holy Quran.

Condemned to death for refusing to take blame for theft

''Guesthouse given to Jabir for according to the law''