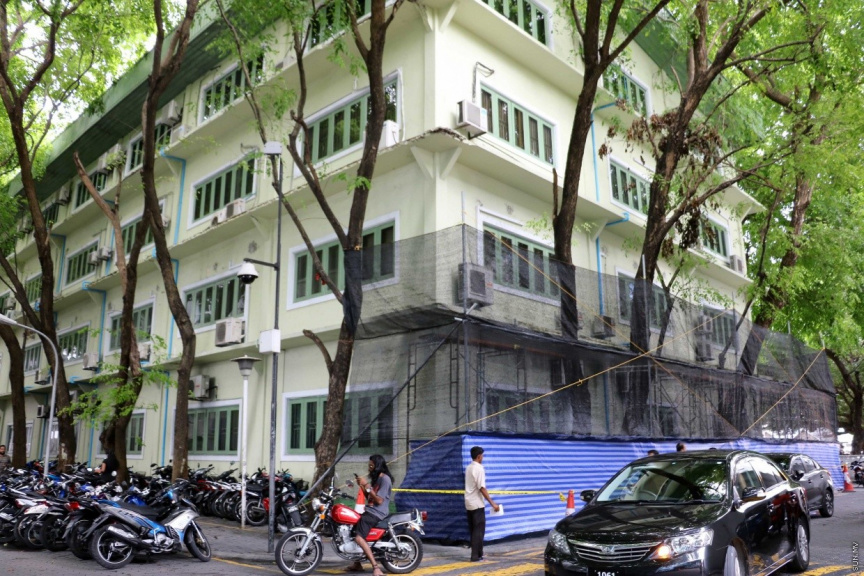 Huravee Building where the Transport Ministry is located; Several employees have appealed to the President with a petition over fears of dismissal.

Dozens of employees of the Transport Authority have sent a petition to the President over fears of impending layoffs.

The petition sent on Sunday and signed by 46 employees state that talk of an impending layoff first started on July 8, but the talk was immediately quelled by the Transport Authority.

They said they made great effort to get to the bottom of rumours and secured a meeting with the Transport Ministry's Permanent Secretary on Thursday, September 19, who confirmed that a request has been made to the Civil Service Commission for advise on layoff of several employees.

"We do not believe it is fair that employees marked for third-degree violations and dismissed based on an unannounced attendance report" the petition to the President read. The petition also stated that the employees were not given any warnings in any manner over the issues.

The employees also stated that no employee should be dismissed unfairly.

Fuvahmulah to hold draw among applicants for housing