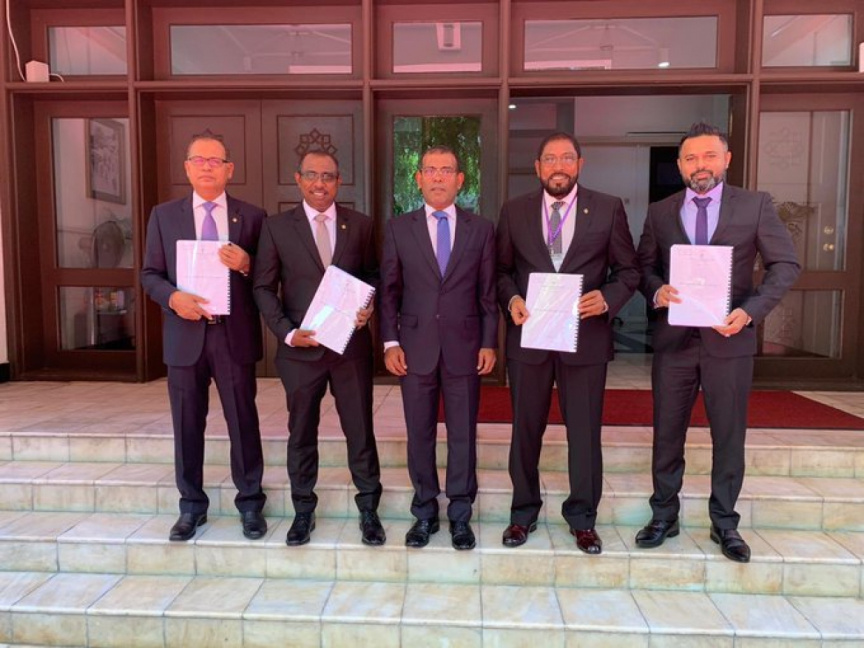 Speaker of Parliament, former president Mohamed Nasheed has shared the presidential commission on investigation of murders and enforced disappearances' draft report on the abduction and murder of journalist Ahmed Rilwan Abdulla with parliamentary group leaders.

The presidential commission had presented Nasheed with the draft report earlier this Monday.

The Parliament confirms copies of the draft report have now been shared with parliamentary group leaders.

According to Suood, the commission has evidence Adeeb made attempts to fabricate evidence to make it appear like Rilwan had not been abducted, but had travelled to Syria to join a militant group and had died there.

He said that Adeeb also sent two police intel officers to talk to the Immigration Controller at the time, Hassan Ali, in an attempt to convince him to hand over a copy of Rilwan’s passport; and influenced the judiciary to release on one the suspects in the case.

Suood said that former president Abdulla Yameen Abdul Gayoom’s actions were also suspect, but that the commission had not found enough evidence to establish a direct link between Yameen and the case, or enough evidence for a charge.