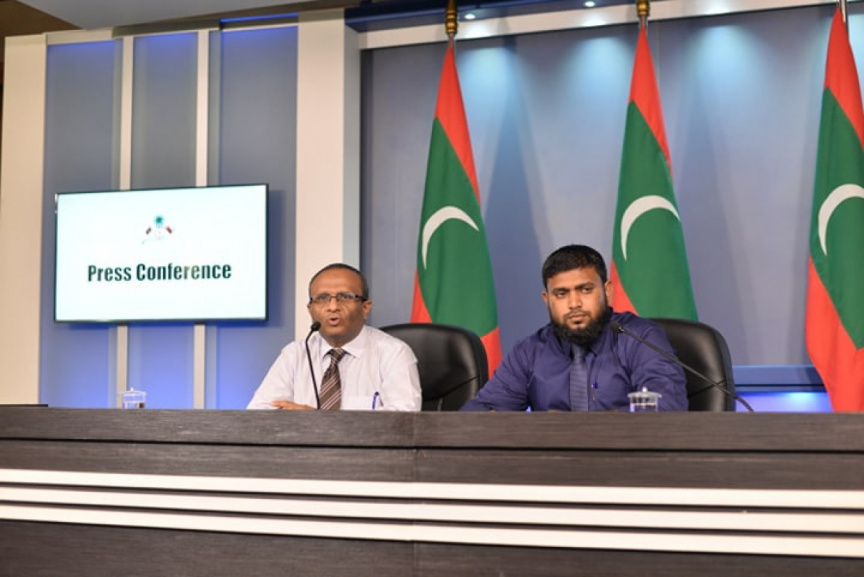 Presidential Commission on Murders and Enforced Disappearances has announced it has evidence Ahmed Rilwan Abdulla, the journalist who went missing in 2014, was abducted, forced onto a boat, and murdered.

The announcement was made by chair of the presidential commission, Husnu Al Suood, at a press conference this Sunday.

Suood said that three witnesses have come forward to testify that Rilwan was abducted, forced into a car, put on board a dinghy boat, transferred to another vessel, and then murdered in the early hours of August 8, 2014.

According to Suood, Mazeed had assumed leadership of the Al-Qaeda branch following a meeting with a high-ranking Al-Qaeda leader in Pakistan.

He said the branch had a history of violent crime and murders in Maldives.

Suood said the commission was also able to confirm that Alif Rauf from H. Hilton to whom the car which Rilwan was forced into belongs, and another man, who was not named, had been on the front seats of the car.

He also said named Munaz Abdulla (TC Munakko) as one of the men who had actively taken part in Rilwan’s abduction.

“Three more men followed behind the car on motorcycles. They put Rilwan on a dinghy. And after he was but on the dinghy, he was transferred to another vessel and killed onboard it. Our findings so far point at the aforementioned [Al-Qaeda affiliate] group being behind Rilwan’s murder,” said Suood.

He said that there were some discrepancies in testimony of three of their witnesses as to the details of the killing itself, and that the murder was under further investigation.

He said the commission has yet to establish the exact details of Rilwan’s murder due to the discrepancies, but that witness accounts establish that he had been killed.

Suood said that Rilwan was threatened by the admin of the Facebook page run by Bilad Al-Sham Media – a media platform affiliated with Maldivian militants in Syria, prior to his abduction.

The admin, in a message to Rilwan via Facebook on May 29, 2014, warned Rilwan “you have only a few days left”.

Bilad Al-Sham is affiliated with Maldivian militants in Syria who are members of the Jabhat al-Nusra – the Al-Qaeda’s branch in Syria.

RILWAN WAS UNDER POLICE SURVEILLANCE, HAD HIS PHONE TAPPED AHEAD OF ABDUCTION

Suood said that Rilwan had been under surveillance by the police intelligence unit ahead of his abduction, from April 24, 2014 to June 22, 2014 on grounds of imminent danger due to the threats against him.

He said that the claim by the police was disputed.

He said that the admin of Colorless was abducted on June 4, 2014, but Rilwan was placed under surveillance on April 24, 2014. He said that the statements by officials from police intel were therefore disputable.

Suood said that officers from police intel had also listened in on his phone calls.

“Rilwan was initially placed under surveillance by the counter-terrorism unit, and later by the political side. It was assigned to the political section,” said Suood.

“The form submitted by the police requesting a warrant to place him under surveillance reads that they needed to listen in on his phone calls because he was running oppositional activities against the State.”

Adam Shareef calls on lifejackets to be made compulsory