Ex-CP Hussain Waheed: Have been summoned by DDCom six times 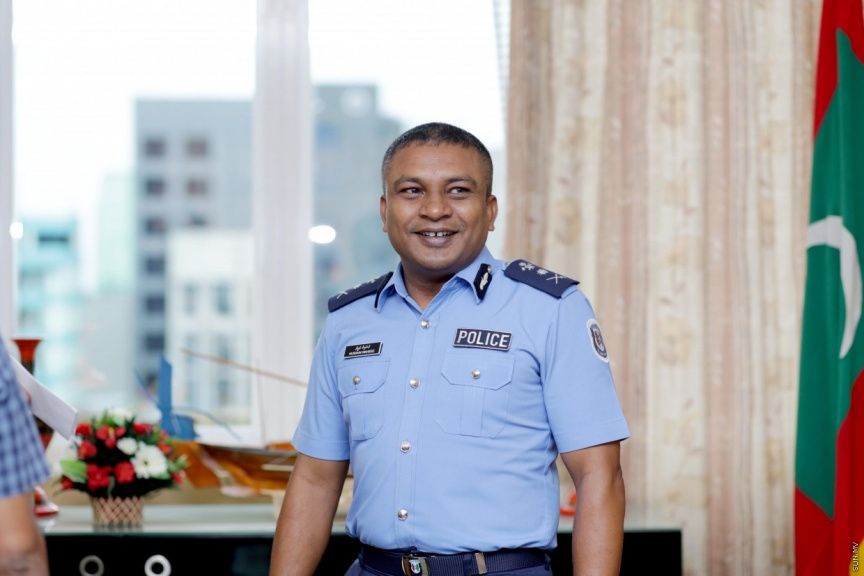 Former Commissioner of Police Hussain Waheed has stated that he has been summoned by the Disappearances and Deaths Commission (DDCom) a total of six times in its investigation into the disappearance of Ahmed Rilwan Abdulla, a journalist who worked for Minivan News (later renamed Maldives Independent), in 2014.

He was supposedly summoned for questioning in response to the allegation he obstructed the police investigation into the case.

In a statement made by Hussain Waheed via Facebook last night, he had stated that he spent the Arafat Day at DDCom as well.

“I have been summoned to DDCom on six occasions. In last July, I have been summoned five times – including on Arafat Day. They could have done this better than for the namesake of making news headlines or drafting a report. I am in the view that they are forced into something they do not want to do. They were acting like they had to formulate a report in a specific way for a specific date,” the Facebook status read.

In the status, Hussain Waheed also thanked former President Yameen Abdul Gayyoom, former Home Minister Umar Naseer and police officers for their corporation in the investigation into the disappearance of Rilwan at the time he was the incumbent Commissioner of Police.

He also added that Rilwan’s family has been put through a lot and expressed his wished to call Rilwan’s mother and check up on how the family is doing as soon as possible.

Former President Yameen was also summoned by DDCom last week for its investigation into Rilwan’s disappearance.

The opposition leader, who has also been accused of obstructing the police investigation into the case, refused to answer questions by the commission, and chose to exercise his right to remain silent.