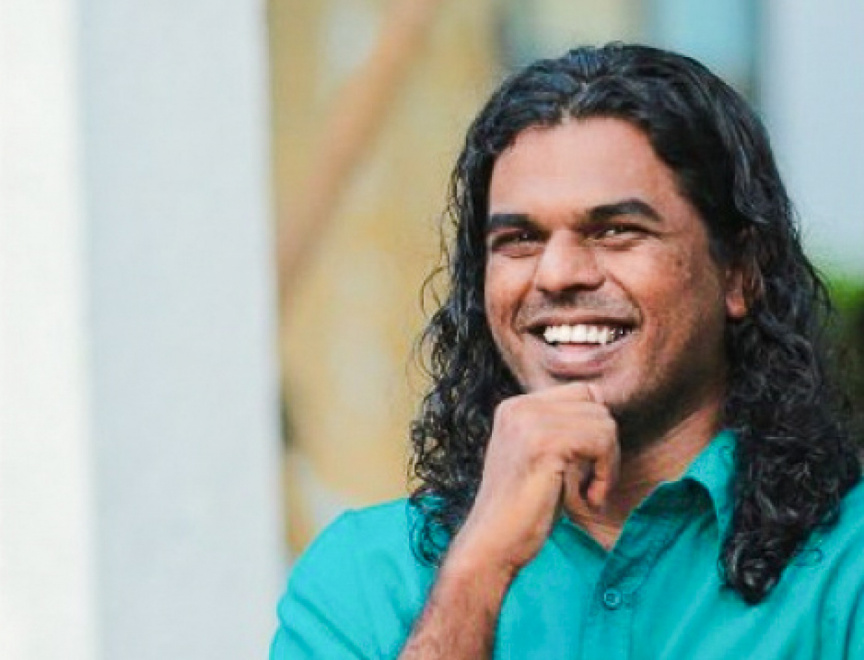 Ahmed Rilwan Abdulla: He was last seen in the early hours of August 8, 2014.

Commission on Disappearances and Deaths has released a video reenactment of the abduction and disappearance of a journalist, Ahmed Rilwan Abdulla.

Rilwan was last seen in the early hours of August 8, 2014 at Hulhumale’ Ferry terminal. He was wearing a black shirt and pants and was also wearing a backpack.

The video publicized by the Commission today traces Rilwan’s last known movements based on the latest investigative information.

Rilwan is seen getting off the ferry in Hulhumale’ at around 01:30 am. He is then seen walking his way to his apartment situated at Hulhumale’ flat no. 21.  It is estimated that he would likely reach the flat at around 01:45 am.

The video shows that by the time he reaches the flat, there is a red car parked nearby. As he reaches the car, Rilwan is forced into the car at knifepoint. During this altercation, a knife that was used to threaten him was dropped to the road. The Commission noted that they are seeking information regarding this knife.

The Commission requests that any person with such information call 7233762 without further delay.

Getting justice for Rilwan is one President Ibrahim Mohamed’s electoral pledges.

In a report released by the Commission prior to this, it was suspected that Rilwan was taken in the car to a dinghy from where he was transferred to a larger vessel registered to an individual from A.A. Ukhulhas, on which he was murdered and thrown overboard.

Back in March, the President stated that the Commission will conclude investigations and submit a full report on the case by the end of this year.

Ali Rameez denies allegations he is a jihadi recruiter