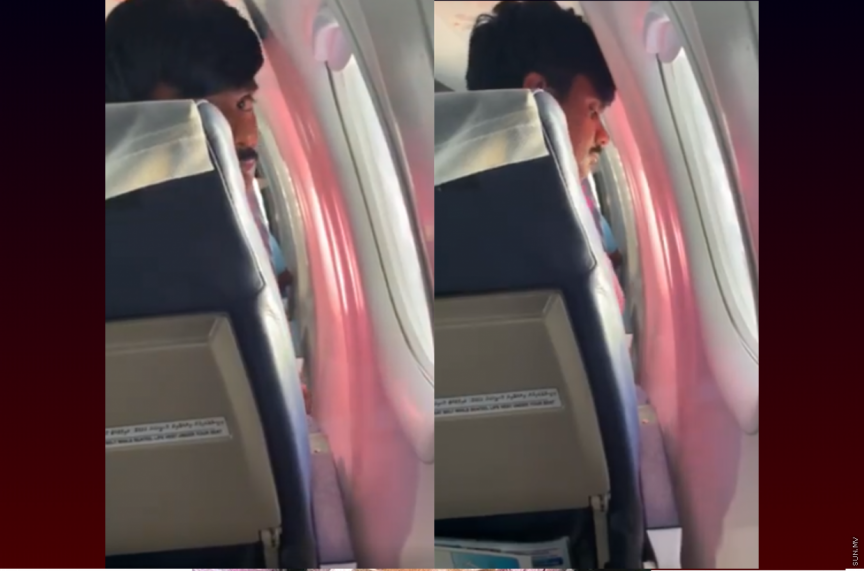 Screen grabs from the video of Annes Mariamathias onboard a Maldivian flight from Male' City to Addu City on June 14, 2019. (Photo/Twitter)

Maldives National University has fired its lecturer who was caught on video harassing a woman onboard a flight to Addu City.

Deputy Vice Chancellor of MNU, Aishath Shaheen confirms the lecturer, an Indian citizen by the name of Annes Mariamathias, has been fired by the university.

Annes Mariamathias worked as a lecturer for the Pharmacy Course run at MNU’s Thinadhoo Campus.

Shaheen says that he was placed on immediate suspension after the case was reported, and fired from his post last Sunday.

“We cannot accept such behavior from one of this university’s employees. We have therefore fired his in accordance with our policies,” said Shaheen.

The case was reported to Maldives Police Service on Friday, June 14.

A media official from MPS reported to ‘Sun’ this Monday that the man has not been arrested, but that the case is under investigation by the agency.

The victim of the harassment, who was seated behind the man on the flight, has posted the video of her ordeal over social media websites.

The video shows the man making obscene gestures with his hands and tongue at the woman. He also shows pornographic material from his phone to the woman.

Both cases bear similarities due to the fact that both cases were brought to public attention via social media.

The man who engaged in street harassment was remanded to jail pending the outcome of his trial last Tuesday, June 11.

MDP to hold its PG election in July