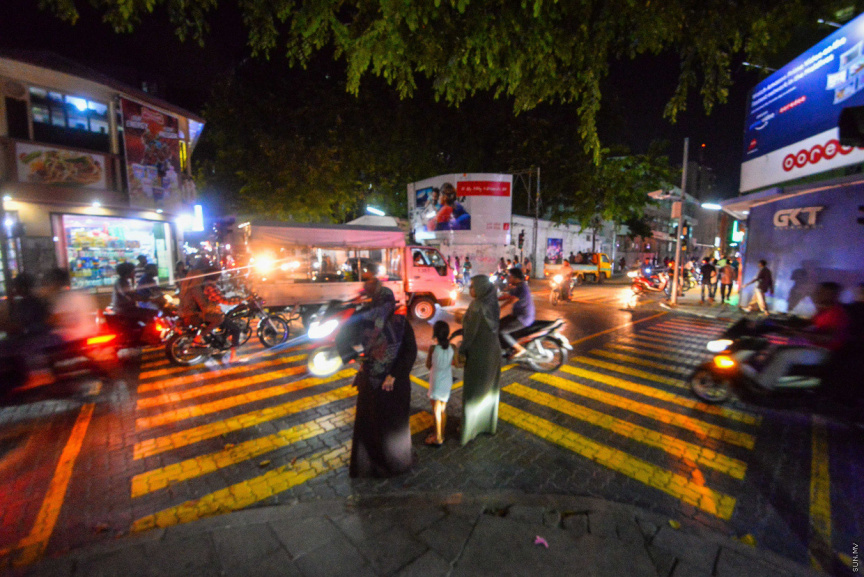 Pedestrians wait to cross the road at a busy intersection in Male' City. (File Photo/Sun/Fayaz Moosa)

Maldives Police Service has announced it will look into the case of a young female pedestrian who was exposed to prolonged sexual harassment in the streets of Male’ City.

The case was brought to attention of Maldives Police Service by the young women via Twitter.

Recounting her ordeal, the young woman wrote that a man followed her and harassed her from outside ADK Hospital in Henveyru district to Scoop Restaurant in Machangolhi district.

She has attached a picture of the man who she has accused of harassing her in her tweet.

Police Spokesperson Izmia Zahir responded to the tweet by announcing that the Maldives Police Service will investigate the case.

Met Office warns of heavy rain, winds of up to 50 mph