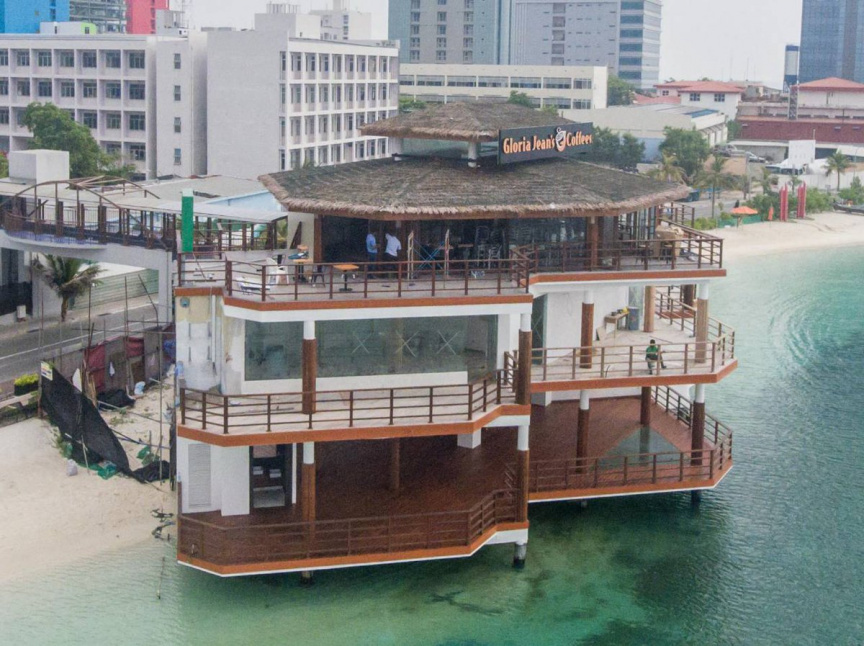 Minister of Housing and Infrastructure, Dr. Mohamed Muizzu has said that the pavillion developed at the Rasfannu artificial beach at the south of Male' City will be opened by the end of next month.

In a tweet sent out today, Dr. Muizzu said that the pavillion is close to completion and the developer has assured that it can be opened before the end of April.

The pavillion being developed at Rasfaanu is set to have restaurants including an in-door shower area and a waiting area.

Rasfannu pavillion would have an outlet of popular brand Gloria Jean's Coffee beside other fastfood outlets that are set to be brought in.

Muizzu: Winter Park will be open by Ramadan