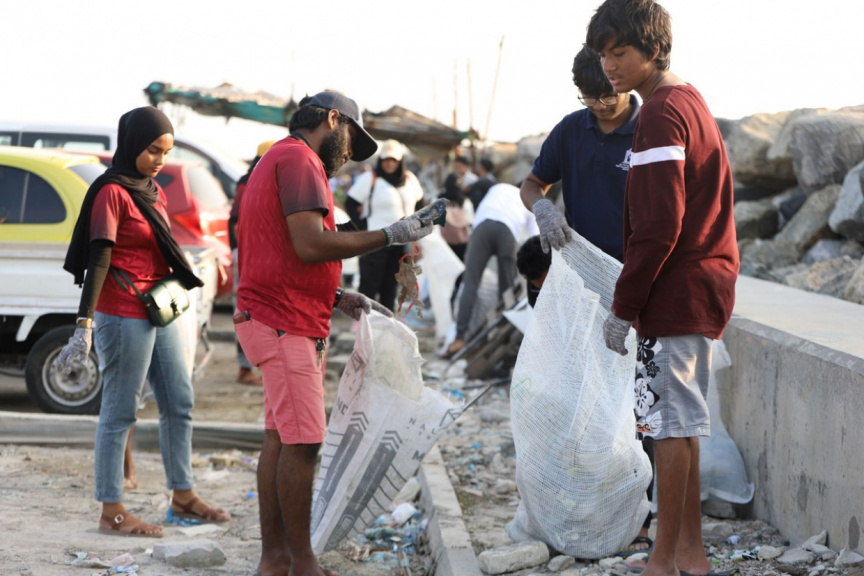 From the joint cleanup event held by MNUSU and Ghiyasuddin International School in the Rasfannu area on December 26. (Photo / MNUSU)

The cleanup held on Saturday covered the areas from Rasfannu to Male’ Industrial Zone.

According to MNU, this event was part of the European Union’s initiative, Prevention of Marine Litter in the Lakshadweep Sea (PROMISE).

During the cleanup, 130-kilos of waste comprising of plastic and other litter was collected.

MNU revealed that the plastic was sent to Parley for recycling and the remaining waste was handed over to Waste Management Services (WAMCO).

Additionally, MNU stated that this was the first event by PROMISE from cleanups planned for the course of two years and noted that the next one will be held in K. Thulhusdhoo in mid-January.