ASM Garage: Fire did not originate from garage; loss estimated at MVR 700,000 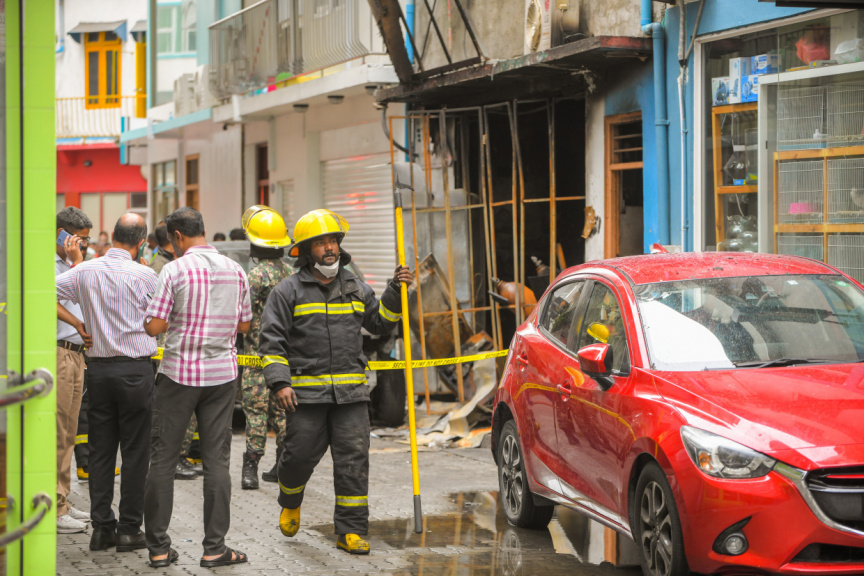 The fatal fire in M. Nerufehi early Thursday did not originate from the car repair garage located on the ground floor of the building, states the garage’s operator, ASM.

The owner of the garage, who spoke to Sun on condition of anonymity, said he believes the fire originated near the wooden staircase that leads up to the migrant quarters.

He said he had been in Hulhumale’ when the fire broke out, and had cut off power to the main circuit breaker as usual before he closed the garage.

He said the garage had housed empty gas cylinders and oxygen cylinders.

“There were gas cylinders near the stairwell. I suspect that [as the cause of the fire]. I believe one of the gas cylinders caught fire and spread to the staircase. A fire wouldn’t break out there [in the garage] while the place is closed and no one is there, right?” he said.

The warehouse had been the scene of two previous fires.

The garage’s owner said the garage had been under a different management when the first fire broke out, but admitted that the second one, which took place in May, took place due to their negligence.

He said the fire took place during timbering work on a car, and that they had enhanced safety measures following the incident, including installing fire extinguishers.

He said that the garaged burned down with two pickups.

The loss from the fire, with the vehicles and the equipment in the garage, is estimated to be MVR 700,000, he said.